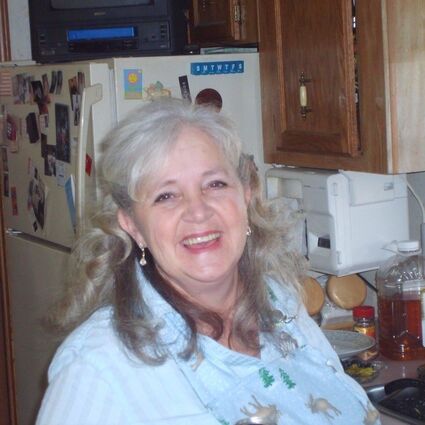 Shelley “Sam” Hartman, 66, of Moose Lake and formerly of Carlton, gained her wings on Tuesday, April 12, 2022. She was born on August 30, 1955 in Duluth to Harold and Helen Olsen. Shelley grew up on Green Hill Farm west of Barnum and attended Barnum High School. On June 28, 1975, Shelley married Dave Hartman in Moose Lake. Although their relationship may not have been what most would have considered normal, they truly loved each other and kept each other company through the years. They lived in Carlton, where Shelley worked at S & A Market and later as a paraprofessional at Carlton School. Known as “Mrs. H.” and “Ms. Shelley,” she loved her job as a paraprofessional and cultivated many relationships with students into their adulthood as she continued to show her love and care for each individual. If any of the students had deeper problems or concerns, Shelley just poured more love and time into that relationship to help them. She was president of the Carlton Fire Department Auxiliary for several years. In 1999, Shelley became manager of the Carlton County Fair. She gave so much effort and her larger-than-life personality to make the fair a better place for families to enjoy. She took on many projects, including building the arch at the entrance to the fair. The Shelley “Sam” Hartman Pavilion was built in her honor for the love and dedication she gave to the fair. In 2010, Shelley gave the job to the “second-best manager,” her daughter. Shelley will be remembered for her huge heart, her overflowing love she gave everyone, her contagious smile, her unforgettable laugh, and her angel collection. Family was a huge part of Shelley’s life and her grandchildren meant the world to her. She will always be remembered for her Facebook activity that was truly her lifeline in later years, as she was confined to her home.

Shelley was preceded in death by her parents Harold and Helen Olsen; her sister Val Mikyska; and her two special sisters in life, Lucy Pickar and Lorrena Pickar.