District to move, merge its childcare 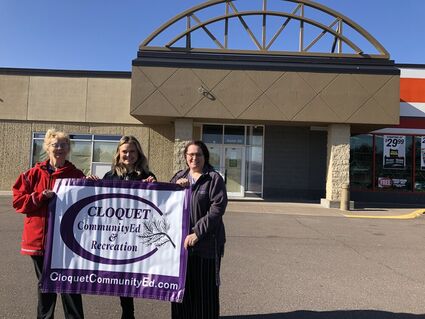 Representing Cloquet Community Education, Kids Corner and Li'l Lumberjacks, from left, Erin Bates, Caitlin McCollum and Darla Pappas stand outside the building at the Pine Tree Plaza that will house the two child care programs starting this fall. The former furniture store will undergo extensive renovations between now and September to create classrooms and an indoor play area, along with other spaces.

In September, Li'l Lumberjacks and the entire Kids Corner program will move into a new facility at Pine Tree Plaza - most recently a furniture store - after extensive renovations inside.

"We needed to relocate Li'l Lumberjacks, it was either that or potentially close the program," Cloquet superintendent Michael Cary told school board members at Monday's meeting. "Closing the program would have had a serious impact on 100-plus families in the region and all of the staff."

Finding a new location wasn't simple. The program needed a place equipped with sprinklers in case of fire, and other considerations included convenience for parents dropping off and picking up kids, green space, and making the finances work. Running a child care center isn't cheap, and neither is moving or renovating a space.

There were no move-in ready options available, Bates said. She spent a year-and-a-half looking for space, before a local business stepped up at the 11th hour.

Miner's Inc., which owns the Cloquet Super One and the surrounding buildings that make up Pine Tree Plaza, has become part of the solution, Bates said, calling it a "huge win for our families and a huge win for our community."

There is an ongoing child care crisis, Bates told the board Monday, pointing out that the list of child care providers in Carlton County has gone from five pages to two in recent years. If they didn't make the move, Li'l Lumberjacks as well as its sister program, Li'l Thunder - which will remain at the college - would likely have closed.

It really does take a village.

"The child care crisis can't just be solved by the (child care) industry or families," Bates said Wednesday during a tour of the new space. "We need to bring other players to the table, including employers and large businesses who are also suffering from the effects of the child care crisis. They can't get employees because they don't have child care."

"[Miner's] realized they needed to have a stake in this to help bring a child care solution to the Cloquet area."

Two parents addressed the school board Monday regarding the child care plans: one in favor of the move and keeping the Li'l Lumberjacks program going, and the other against moving the Churchill Kids Corner program to the new facility. Kinder Corner and ECFE programs will remain at Churchill.

Li'l Lumberjacks, which serves children aged six weeks through Pre-K, has long been housed at Cloquet High School. With four large classes aging into the high school next year, the school needed more space, so the decision was made to move Li'l Lumberjacks into a new location more than a year ago.

Adding Kids Corner to the new child care facility will consolidate the programs under one roof, making the new space more convenient for parents and more efficient for Community Ed, which oversees all of the school district's child care programs.

Adding Kids Corner programs from both elementary schools to the mix also made sense financially, Bates said, because the programs can share resources, plus the lease at Zion Lutheran Church runs through August of this year. (The Kids Corner Washington School program has been housed at the church since it outgrew its space inside the school 10 years ago.)

At full capacity, the new space will house 8 infants, 28 toddlers, 20 preschoolers, and 105 school-age children at a time. There will be six rooms for school-age care and four for Li'l Lumberjacks. The loading dock will be an indoor gym and overflow classroom.

There is plenty of parking around the building, and two different possibilities for the required green space behind the building. Additionally, Pine Valley Park, the senior center and two hockey arenas are a few blocks walk from the shopping center.

Under the terms of the five-year lease contract approved at Monday's Cloquet school board meeting, the Cloquet school district will pay $150,000 toward renovating the former furniture store - now 9,000 square feet of empty open space with a loading dock and storage in back - and Miner's will pay the rest, with total renovation costs estimated at more than $400,000.

"This renovation includes designing spaces for both programs to make them as financially efficient as possible," Bates wrote in her staff report.

The district's portion of the renovation costs will be paid with grants, from the state's Child Care Stabilization Grants fund and the Northand Foundation, among others.

"A lot of those grants are coming because of Covid," Bates said. "They're normally not out there for buildings, but because of Covid and the child care crisis, they're available this year. So it's actually the best year to have to find new space."

Li'l Lumberjacks director Darla Pappas said they have gotten a lot of help with both advice and finances from First Children's Finance and the Northland Foundation over the past 12 months.

"Children's helps us set up business plans and building models, Northland has helped with everything, plus we've brought a team together with city, county, school district, Northland and First Children's that meets weekly to help with each phase," Pappas said.

"Plus, they're still running their own programs, which are open 60 hours a week," Bates said.

On Wednesday morning, on a short tour through the new space, all three women were busy envisioning what would go where.

"This is really exciting," said McCollum. 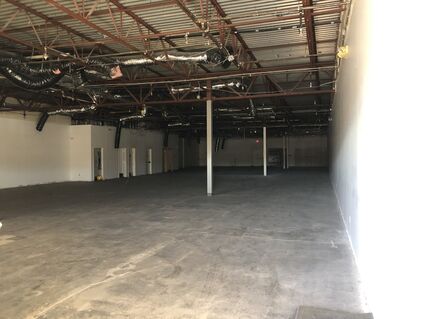 • The board heard an extended presentation about Cloquet science fair regional and state projects and awards, and approved the science fair coordinator and an assistant for extracurricular pay;

• The board approved hiring an additional counselor and social worker at the high school, along with a one-year career and technical education coordinator. The CTE job could be continued if it generates enough classes and enrollment to pay for itself. Federal pandemic and other grant funds would pay for all of the positions.

Board members will be looking at budget recommendations at the May 9 meeting, along with a new Cloquet Transit agreement.