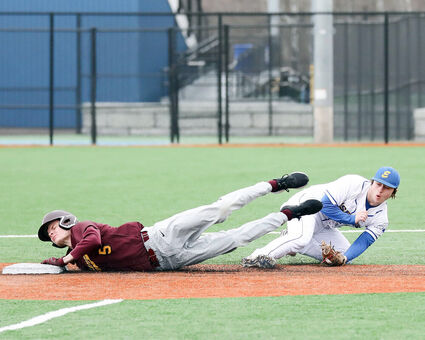 Mother Nature has not been kind to local high school baseball teams this spring. Cold, snowy and rainy weather has caused more than normal cancellations and postponements in the northern half of the state. The Pine Knot News this week caught up with coaches for a preview of local teams this season.

Cloquet head coach Tyler Olin is looking for improvement on a team that struggled to a below .500 record last season.

"We were 7-15 last year," Olin said. "We had six seniors who graduated from last season's team, two being big positional players and three being pitchers that threw a good amount of innings."

Despite the loss of six players to graduation, the Lumberjacks will return a solid nucleus of starters, plus other players who saw a lot of playing time last season.

"We have five returning positional players," Olin said. "I think our biggest strength as a team will be hitting, which will include seniors Mason Anderson (first base), Marshall Hayes (third base) and Alec Turnbull (outfield) in the middle of the lineup."

With limited pitch counts in high school baseball, it is imperative to have a deep pitching staff, and Olin has a large group to choose from.

"We have six senior pitchers and nine junior pitchers," Olin said. "We have lots of guys who will get innings. The big question mark is which guys will turn into our top arms."

Olin said his expectations are pretty much the same every season.

"We want to win," Olin said. "It will be fun to see who steps up. We have a lot of guys batting for spots."

At least one Cloquet player is planning on playing in college.

Jack Sorenson has committed to playing for Century College next season.

The South Ridge baseball team had a dream season last year. The Panthers went 21-4 and won the Section 7A tournament before falling in extra innings in the first round of the state tournament.

"We lost two seniors who were a big part of our lineup from last year's team," said head coach Aaron Weber.

"We also lost one of our best players to injury in Jaxson Bennett, who was the first-ever All State player in school history.

Despite those three key losses, the Panthers are looking at a strong team that could be knocking at the door for their fourth straight state tournament berth.

"We return seven starters and our entire bench from last year," Weber said. "Senior Aaron Bennett has played in three state tournaments and is our best pitcher, hitter, and shortstop."

Look for a big season again from Wyatt Olson - a solid hitter and catcher last year - as well as sophomore Christian Pretasky, who is a good first baseman and was a dominant pitcher last year as a freshman.

"We are hoping Pretasky can repeat that this year again as well as be a middle-of-the-lineup slugger for our offense," Weber said. "We are hoping to compete for a section 7A again this year and hopefully do some damage down at the state tournament."

As formidable as the Panthers lineup will be, South Ridge will definitely miss Jaxson Bennett.

"I am not sure what we have for school records, but if we have any I am sure Aaron Bennett will break them this year," Weber said. "Unfortunately, his twin brother, Jaxson, tore his ACL in football and will not be able to play this year. Aaron and Jaxson have been key players in three straight state tournaments. It really stinks not being able to watch him help us on the field, but he has been an important part of our season nonetheless as a leader in the dugout and during practices."

It's been 12 years since Cromwell-Wright fielded a boys baseball team, but the Cards are back and so is local coach Dean Levinski,

a longtime coach in Cloquet for baseball and girls basketball.

"It has been very much a community effort to get these kids back on the field," Levinski said. "They've worked hard in the youth programs, where we have solid numbers, and they have helped out getting our fields ready for varsity baseball."

After starting a junior high program four years ago, the Cards now will take the field with a roster that includes one junior, two sophomores and a bunch of younger players.

"We will be young and could just play a junior varsity schedule, but it's time to get this thing off the ground," Levinski said. "We are really excited."

As with other teams in the area, the schedule will be scrunched together - creating a need for a lot of arms on the pitching mound.

"We have seven or eight kids who can give us a couple of innings every game," Levinski said. "Actually, our strength will be in our pitching."

The Cards will rely on junior thrower Tate Blomquist to pitch and play centerfield. Sophomore Andrew Kachinske will be the regular catcher and can pitch when called upon. Another sophomore, Josh Lindman, will pitch and see time at first base. Look for freshman Brady Dahl to play shortstop and pitch while another ninth-grader, Dylan Nyberg, will be the utility man and can play a multitude of positions. Eighth-grader Eliyah Belden is being counted on to contribute heavily.

"I haven't seen any other teams yet, so I just don't know what our expectations are from a win-loss standpoint," Levinski said. "I just don't know how we'll stack up because we just don't have any varsity experience, but our goal is to make the guys really enjoy it so they'll keep coming back to play."

While Levinski has been involved in getting the team ready to play, the community has stepped up in big ways to also help the program.

"Members of the community have put in new dugouts, moved the backstop up closer to the plate and done a lot of work to get the field ready," Levinski said. "It's so good to see the excitement in the community and the efforts by so many people to make this happen."

The Eskomos went 16-7 in the regular season last year, but head coach Ben Haugen said they went 1-2 in the playoffs, an unexpected disappointing early exit from sectional playoffs.

"We lost six key players from last year's team and three of them were pitchers," Haugen said. "Noah Furcht went on to play at Kirkwood Community College, where he is having a solid freshman campaign."

Despite the losses, Esko will return three contributors from last year.

"We have tremendous depth at pitcher, albeit not a lot of varsity experience," Haugen said. "Cale Haugen, Finn Furcht and Ty Christensen have all pitched at the varsity level. We will also look to Dylan Marciulionis, Isaak Sertich, Sam Haugen, Cal Berglund, junior Tyler Salmela and freshman Jackson Peterson to round out our staff."

"Our expectations are to have fun, be a close-knit group, contend for the Polar League and Section 7AA titles and to be playing our best baseball in June," he said.

A year after struggling to a 5-10 record, the Barnum baseball team and coach Tony Bender are looking for improvement this season.

"We lost two seniors from last year's team that lost in the first round of the playoffs," Bender said. "We return several starters, all but one player who started."

Bender will rely on junior Caleb Hautajarvi to man the shortstop position and pitch, senior JJ Stevens will handle catching duties, Matt Berry will patrol centerfield, and Henry Dammer will add another big arm on the mound for the Bombers.

"Our goal is to improve throughout the season, work hard and compete," Bender said.

With the loss of just three senior starters, the Rebels are chomping at the bit to get onto the field and improve on a 4-16 record from a year ago.

Moose Lake/Willow River will be led at the plate by a couple of seniors who had solid junior campaigns a year ago.

Clough also likes his overall pitch depth coming into the season, which should bode well for the Rebels.

"We have a lot of kids that can pitch well," Clough said. "Logan Orvedahl, Caden Privette, Tyler Juhl, Reese Bode, Ethan Burton, and Jimmy Walker will all be counted on to get innings this season. We expect to compete in every situation, to get better each day, and to have fun."

With six seniors returning off a team that went 9-10 a year ago, look for the Bulldogs to be a tough out when playoffs begin. Carlton defeated Barnum in the first round last season and then ended up falling to eventual Section 7A champion South Ridge and runner-up North Woods of Cook.

Look for Joey Solomon and Aaron Ermatinger to eat up innings on the mound as well as middle infield positions and for Solomon at catcher too. Other key players include Trent Bagne, Nicholas Devriendt-LeDoux, Noah Olson and Dakota Hegg.

"There is a very good chance all of those players will pitch," said Bulldogs coach Ryan Schmidt. "We also have a sophomore, Brody Vernon, who is a very good pitcher and look for Gunner Fadum and Sam Ojibway to also help this season."

"Early in the season it is always a struggle to get games in," Schmidt said. "Our goal, which we expect every year, is to get better and better as the season goes on and be playing our best at playoff time. We have the pieces to put together a good season. We will just have to see how good we can actually be."

After going 2-12 a year ago, the Wrens have the luxury of returning six starters from a season ago. 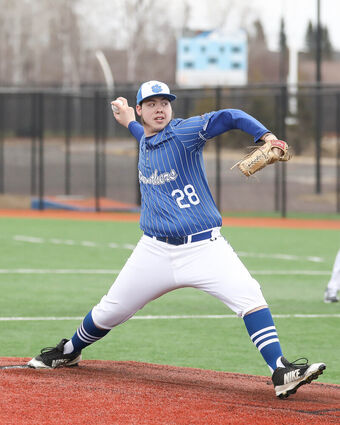 "We are still young and inexperienced, but we expect to compete against like-sized schools," said first-year coach Aaron Lattu. "The early season cold, snowy and rainy weather has slowed things down, but we will be ready."

Three players who saw action on the mound a year ago will be expected to lead the pitchers - Joel Lembke, Peyton Johnson and Brysen Jessup - along with a new pitcher this season, Evan Wyman.

"Lembke hit over .400 last year and this year he added a lot of muscle in the off season," Lattu said. "Joey Mills has been stinging the ball for us early and we expect a lot from him as well."

Positionally, look for Lembke to play shortstop when he isn't pitching and for Johnson to patrol centerfield. Uriah Loucks will catch and, according to Lattu, will also see time on the mound and bat leadoff for the Wrens.

"It's been a tough spring weather-wise," Lattu said. "Once we can get settled into a regular game and practice schedule, we'll be happy."