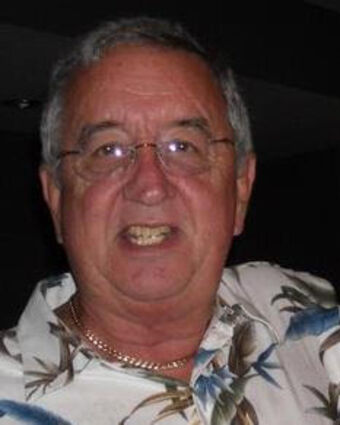 Skip was born Dec. 27, 1942, to Raymond Philip "Sarge" and Florence Korby Sarazin. Sarge was away at Marine boot camp, and when he requested leave for his first son's birth, he was told, "You may have had to be there to set the keel, but you don't need to be there to launch the ship."

Skip and his mom spent his early years at the Korby farm in rural Esko, where he developed his special bond with his cousin Sherry. When Sarge returned from war service, they settled in Cloquet, where Skip attended school and engaged in various shenanigans with his friends. He attended the University of Minnesota Duluth and received an industrial education degree.

He married Sandra Shipley and together they had three sons, Shawn, Scott and Stephen. They later divorced. Skip went on to get a master's degree in industrial safety and began work at Lumbermen's Underwriting Alliance. Through his work there, he started his involvement with forest-related industries in Minnesota and beyond. He traveled all over the United States for work and continued making friends and having a good time everywhere he went.

In the mid-1990s, he began working at Bituminous Insurance and relocated to quaint Victorian-influenced Geneseo, Illinois. Here, again, he made lasting friendships and truly enjoyed living there.

It was there where he met Patricia (Hadley) Turner and her daughters, Lisa and Katie. Skip and Pat were married in 2006. After Skip retired, he and Pat purchased an RV and began touring the country with the Go Go Angels. He immensely enjoyed the social experiences this time gave him, and as well as the ability to avoid winter weather in the Upper Midwest. Eventually, the work of being in an RV full-time was too much. They settled in Olive Branch and lived with Pat's daughter Lisa and her son Michael.

A private family memorial will be held in the summer at Big Lake in Cloquet. In memory of Skip, please consider planting a tree or making a donation in his memory to Log a Load for Kids.