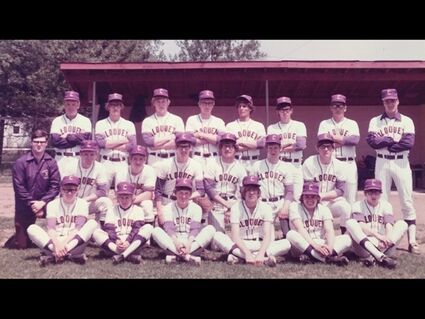 The 1972 Cloquet Lumberjacks baseball team was the first to qualify for the state tournament.

Ramifications of the Covid-19 pandemic - including shortened and canceled sports seasons - contributed to the end of Jerry Erickson's 50-plus years of coaching youth sports. The Cloquet legend successfully coached both boys and girls basketball and high school baseball well into his 70s.

In the 1970s, Erickson coached two Cloquet baseball teams that made it to the Minnesota state high school tournament at Midway Stadium in St. Paul. This year marks the 50th anniversary of the first Cloquet baseball team to qualify for state, the 1972 squad, which finished in third place.

"In 1972, I knew we'd have pretty solid pitching coming back. Frank Yetka, Rick Wahtera, and Randy Hawkinson all had special skills," Erickson said. "Frank was like other future pitchers I had in Dean Levinski and Pete Franz, whereas he was always around the strike zone and made opposing players hit the ball. He wasn't overpowering but was crafty.

"The Hawk was a left-handed, mostly relief, pitcher," he continued. "Randy had a great move to picking baserunners off first base. Wahtera relied on pure throwing speed. Now, I saw Jerry Udjer from Hermantown, who ended up pitching for the Detroit Tigers, and I don't think he threw any harder than Wahtera."

That team had other strengths. "In '72, I figured we'd be tough up the middle defensively with Howie Hanson at shortstop and Keith Johnson at second," he said. "Both had great hands. And not many center fielders were faster than Steve Oakes."

Fighting the weather with spring sports in northeastern Minnesota is nothing new. When Erickson became Cloquet's head baseball coach in the late 1960s, he wanted to soak up as much information as possible by learning from the best. He often made early spring visits with his pitchers and catchers to the University of Minnesota to attend in-person clinics from Gophers head baseball coach Dick Siebert.

Siebert won multiple NCAA baseball championships with the Gophers and was respected for his coaching ingenuity and training tactics. Erickson asked him what he thought of the Iron Mike and similar pitching machines.

"Although Siebert wasn't a huge advocate, we bought one in Cloquet," he said. "Maybe not perfect, batters got early spring swings in the batting cage and it saved on pitchers' arms. We also adopted the Gophers' and St. Louis Cardinals' spring conditioning drills. Anything to get players in shape prior to being able to practice outdoors."

Erickson also liked the fungo training bat. It's a bit longer and skinnier than a normal baseball bat. A good hitter himself, Erickson was a master with the fungo, hitting ground balls to infielders and monster fly balls to outfielders.

Being a catcher for coach Erickson, there were a couple of indoor drills for the Lumberjacks backstops that I was never too excited to complete. One drill in particular had the catcher - wearing shin guards, chest protector, mask and the all-important cup - in the catcher's squat position with his hands clasped behind his back. Coach would throw balls onto the gym floor, one-hoppers bouncing side to side of the catcher. The object was for the catcher to slide to the right or left on the shin guards and, ideally, let the ball drop down and bounce harmlessly off the chest protector. Some unusual hops, however, bounced up and hit arms, the mask, thighs, or the cup. (Ouch.) Thankfully, it must not have caused any permanent damage, as Jeff Anderson, the other catcher, and I were both able to have families in years to come.

I asked coach Erickson if he ever had doubts about the 1972 team qualifying or surviving in the playoffs.

He laughed and shared a moment of worry.

It was in the district playoffs against Duluth Central, he recalled. Cloquet's catcher for that game was Jeff Anderson, whose nickname was "Pork," for appropriate reasons. (Mine was "Crawl," for some reason.) Yetka, the Lumberjacks pitcher, was about 6 feet 2 inches tall, but 155 pounds. Jerry said there was a little pop-up between third base and home plate that both Frank and Jeff were determined to catch. "It wasn't pretty," Erickson said. "There was a big collision. I didn't think Frank would walk or talk again, but he finished the game and was instrumental in our region and state victories."

Switching back to 2022, I had to ask Erickson what he thought of Major League Baseball considering electronic ball and strike umpires, and approving the regular-season use of electronic means allowing a catcher to signal pitches from a pad worn on the wrist to the pitcher through a listening device. 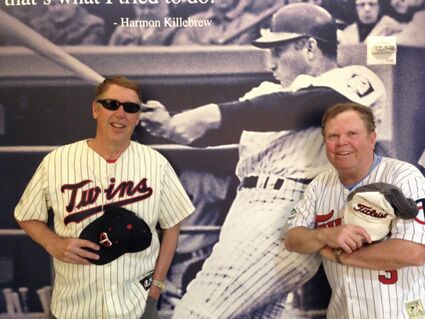 His short answer: "They're messing with an important part of the game, don't like it. But, the Twins are in first place, I do like that!"

I wished I had asked him to say once more, for old times' sake, his old way of starting CHS batting practice: "Crawl, put the gear on."

Steve Korby's interest in writing goes back to when he was in fourth grade and editor of the Scan-Satellite school newspaper in Scanlon. He welcomes ideas for human interest stories and tales regarding Carlton County residents, projects,

history, and plans to [email protected]