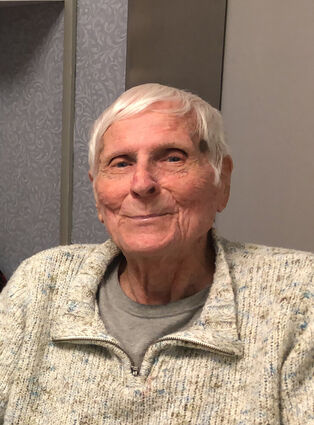 Vincent “Bud” J. Schmidt, 91, of Cloquet passed away May 14, 2022, at Evergreen Knoll. He was born Nov. 29, 1930, in Sandstone, the son of Joseph and Emma (Trapp) Schmidt. He graduated from Sandstone High School in 1949. Bud was united in marriage to Lois Champeaux on Oct. 24, 1953, at Our Lady of Sacred Heart Catholic Church in Cloquet. He started working at Northwest Paper in Cloquet on April 5, 1950, where he continued his career until retiring from the Potlatch Corporation. Bud served in the Army National Guard for 26 years and was a member of the Carl Anderson American Legion Post 262 of Cloquet, Eagles Aerie #1163, Potlatch Quarter Century Club, Scanlon volunteer fire department, and St. Francis Catholic Church in Carlton.

Visitation: 12 p.m. until the 1 p.m. memorial service Sunday, June 12 at Nelson Funeral Care in Cloquet, followed by a luncheon in the fellowship room. Inurnment will be at New Calvary Cemetery, with Military Honors accorded by the Cloquet Combined Honor Guard. Arrangements are with Nelson Funeral Care of Cloquet.