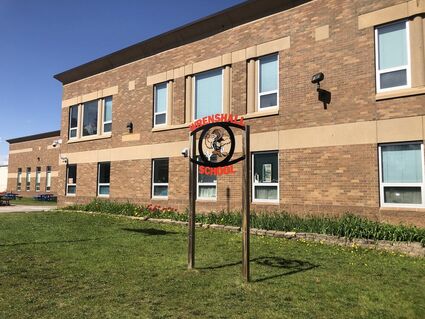 A special meeting of the Wrenshall school board took a surprising turn Tuesday evening when board members voted to postpone discussion of an extension to principal Michelle Blanchard’s one-year contract.

While school boards typically perform annual evaluations of principal and superintendent performance in closed session, Blanchard had requested that Tuesday’s evaluation meeting be open to the public. No public comment was taken.

Superintendent Kim Belcastro began by recommending that the board take action in the meeting to move ahead to contract negotiations with Blanchard, who will reach the end of her initial one-year contract on June 30.

Over the next 25 minutes Belcastro detailed her experience with Blanchard during the past year — Blanchard’s first as principal of a pre-kindergarten to grade 12 school — while noting that having a PreK-12 principal was also a “new structure for the school district.”

In her review, Belcastro said Blanchard has both administrative and teaching experience, “is an excellent communicator, is very organized and demonstrates an ability to work closely with staff, parents and community.” She added that Blanchard “has a broad background in supporting instruction and is qualified for the work she is doing.”

In summary, Belcastro said Blanchard has worked hard and “is ready” for a contract extension. “I can’t recommend her enough.”

The school board members then weighed in briefly with their own observations of Blanchard’s performance.

Nicole Krisak told Blanchard that after meeting with bus drivers they were “all saying the same thing about you, that you’re doing a good job. There are no major red flags, and I definitely recommend you for next year.”

Debra Washenesky added that Blanchard “got kudos from all the bus drivers. They were thrilled with how you handled [a discipline issue on the buses].”

Cindy Bourn asked Blanchard about her previous role as dean of students at a Duluth school versus the principal job in Wrenshall. Blanchard said that as a dean of students she primarily dealt with behavior issues, a statement which was met with nods and words of approval by other board members.

Bourn also asked about the heavy workload Blanchard has taken on, concerned that she might “burn out.” Blanchard said she is “going to put in long hours, and that’s OK. I take care of myself.”

Board chair Misty Bergman congratulated Blanchard for her excellent work with the parent-teacher group Parents in Education, and for her work on teacher recognition. Bergman also related a personal interaction with Blanchard, telling her “you handled it really well.”

Johnson then made a motion that the board enter into negotiations with Blanchard to extend her contract for two more years, with negotiations previously set to begin the next day, Wednesday, May 25. Krisak seconded this motion and a voice vote was held.

Bergman, hearing some objections, held a roll call vote. Johnson and Krisak voted yes, while Washenesky, Eudy and Bourn voted no. Bergman had yet to vote when Eudy proposed that they postpone contract negotiations with Blanchard “for a short time.”

Krisak asked for discussion about this, asking, “Why? We all didn’t have anything negative against [Blanchard], so why wouldn’t we go forward?”

Eudy stated he thought that “doing it tomorrow would not be beneficial.”

“I would like to have more time to sit and talk about it,” he said.

Krisak asked why the board would wait. “We only have five days of school left. What’s going to change in five days?”

Eudy offered a motion that the board “wait until school is out. We’re just postponing, not saying it’s not going to happen.”

Krisak asked again: “But my question is, why are we waiting?”

At this point Belcastro interjected. “Talk about the elephant in the room, Jack.”

“It’s not my place,” Eudy said, adding that he felt the reason for the delay could not be discussed in a public meeting.

It was noted that Bergman had yet to vote on the Johnson motion. After some delay, Bergman voted no. Johnson’s motion to negotiate for a contract extension with Blanchard the next day was defeated 4-2.

In discussion after the vote, the board agreed to tentatively set June 2 as the date for contract negotiation with Blanchard.

The open meeting to evaluate Blanchard was adjourned after 45 minutes of discussion. The board did not — as Bourn proposed at its May 16 meeting — conduct any kind of superintendent evaluation Tuesday.