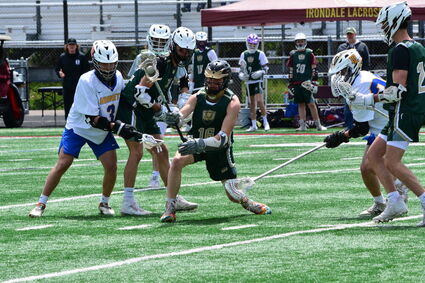 The prospects for a high school lacrosse program in Carlton County remain in limbo, but a group supporting placing teams under the Cloquet-Esko-Carlton umbrella is still pressing.

Administrators for school districts told the committee on May 12 that they still weren’t convinced of the sustainability of a program. Until the administration is on board, the idea won’t be going to school boards for discussion, said Paul Reiss, activities director at Cloquet High School. He said the number of athletes involved in the burgeoning youth programs, especially the number of girls, hasn’t hit a level the districts are confident about.

“We’re looking at options,” Reiss told the Pine Knot News. It has been suggested in the past that the Northern Siege Youth Lacrosse board look at pairing CEC with another district to boost the numbers.

Lacrosse supporter Sean Hall said there are 200 athletes ages 5 to 14 involved in Northern Siege but they need somewhere to play after eighth grade. Without a high school program, players will have to stop playing or attend school in another district to play.

Saletel said the number of girls participating needs to increase and that it likely would if athletes knew they could play beyond eighth grade. Saletel helped organize a branch of Northern Siege that allowed boys beyond eighth grade to participate as a club team, facing players from established high school programs who aren’t on varsity or junior varsity rosters.

Hall sent out a letter to school officials in late May answering questions about what a CEC lacrosse team would look like. Some of those answers include:

Plenty of field options with fields in Carlton, Cloquet and Esko.

No transportation concerns since players now prefer to drive themselves or carpool to practice and games. Busing to matches could be handled by a coach service. On a 13-game schedule, there would be six home matches, perhaps three with teams in Proctor, Duluth and Grand Rapids, and the balance against teams from the northern Twin Cities suburbs.

Gender equity issues under Title IX guidelines wouldn’t be an issue because there would be a girls and boys team.

Youth enrollment is currently at 106 boys and 47 girls. The committee also noted that the sport can be picked up any time by students with a short timeframe to competitive play. League organizers from other cities chimed in for the committee, saying the number of participants in Northern Siege bodes well for a high school program.

Right now, Northern Siege plans to pay for the program, as it does now, with its booster club and sponsors. It’s how the Duluth and Proctor/Hermantown high school programs are run. This spring, the program paid for coaches to run a club program for older players.

The committee balked at pairing up with the Proctor or Duluth programs because all three are fairly well-established with growing numbers of participants. Northern Siege has discussed pairings with Marshall School and Stella Maris Academy in Duluth. 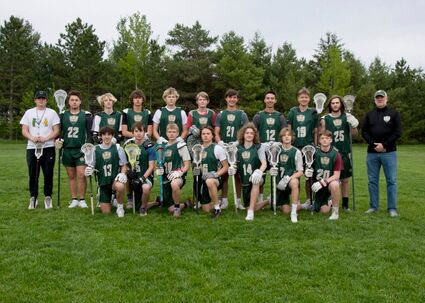 Hall said he expects the push toward a high school lacrosse program to remain strong. “There is great frustration, with approximately 400 parents and 200 players in our area,” he said. With nowhere to play upon entering high school “we have already lost several great, dedicated players.”

The pitch for an upper-grades program began in 2019, was interrupted by the Covid-19 pandemic, and the time is now to create opportunities for high schoolers, Saletel said.

She said her organization keeps answering questions about the sustainability of a high school lacrosse program but feels administrators “keep moving the goalline.” She said that, for now, she will take them at their word that they remain open to the idea.