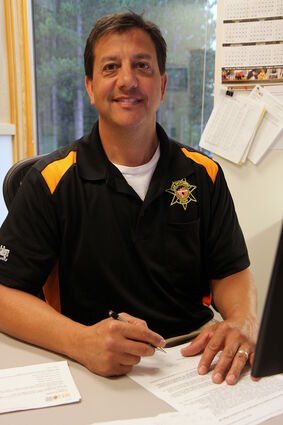 Lamirande said there is a steep learning curve when transitioning from active law enforcement to teaching. He had a master's degree in public safety and executive leadership, but a lot to learn about teaching and higher education.

Tusken will do well, he said.

"I wish Mike nothing but the best. He has everything he needs to be successful. He brings a lot of credentials and experience. I think he's gonna really enjoy it. And I'm a couple blocks away, so I told him to feel free to reach out. Scott did that for me, too."

Both men spent their active law enforcement careers in their hometowns.

Lamirande worked at the Cloquet police department for 24 years, retiring in 2014 after 10 years as police chief.

Tusken worked in the Duluth force for 30 years, serving as chief since 2016. He was born and raised in Duluth and joined the city's police department in 1992, serving over the years as patrol officer, juvenile investigator, patrol sergeant, investigative sergeant, lieutenant/area commander, and patrol deputy chief before being named police chief by mayor Emily Larson in 2016.

"This profession has given me a lot and I look forward to continuing to give back and inspire people about the nobility of the profession of law enforcement and how good policing has a tremendous impact on the people in our communities in which they live, work, and play," Tusken said in a news release announcing his retirement as chief last week. "Teaching the future of policing has always been a passion of mine, and I had the honor to teach multiple officers who currently work at DPD."

Lamirande said he originally planned to work as coordinator for five years, but he was enjoying it so much, he stayed for eight. He will continue to teach at least one class online.

"It's been tremendous, I've loved it," Lamirande said. "The highlight for me was being part of someone else's success, watching people grow and mature through the program."

Ahead of the curve

As the only combined tribal and community college in the country, Lamirande said FDLTCC has been forward-thinking about training law enforcement students to be cognizant of racial bias.

He credited Dave Greemen and Ron Gittings, who set up the program, and Lyons, who developed it further over his 12 years there.

"You hear about issues of diversity and being culturally sensitive - well that's the mission of the college," Lamirande said. "We have curriculum in place to bridge the gap between minority groups and to teach students to be respectful of other cultures that might not be your own," he said. "We had that in place before George Floyd."

While "standing on the shoulders of those who built the program," Lamirande added that he approached the training program through the lens of "Who would you want working for your agency?"

"I would tell people, 'If you're coming here to exert power and authority or drive cars fast, we don't want you,'" he said. "That's not what this program is about."

The program is also unique in the number of active law enforcement officers, attorneys and others it brings in as adjunct staff, to teach their specialties to the students. There are only two full-time employees: the coordinator, and Joel Olejnicak, who coordinates the skills training. Lamirande estimated students see close to 50 staffers in their time here, with different backgrounds and experiences. That means they can see how the course material relates to the actual job, whether it's what happened in someone's career or last night on a shift.

"We have a former FBI agent teaching a class, prosecutor Jessica Fralich teaches the Minnesota Statutes class paired with a state trooper - who better when it comes to traffic stops? We have attorneys whose caseload is mostly young offenders teaching the juvenile class and lots more," Lamirande said. "We leverage a lot of great expertise."

Lamirande said FDLTCC is also different because they intentionally reduced the summer skills training to six weeks and they deliver more skills throughout the curriculum.

"We want to get non-traditional students to be able to come through. When you have someone who would make a great police officer but they're the ones carrying health insurance, it's hard to leave a job to get a 10-week skills program done. It helps with diversity - females, people of color, non-traditional students - so they can fit it in their schedule."

FDLTCC president Stephanie Hammitt said there is lament and joy in losing Lamirande and ushering in Tusken. 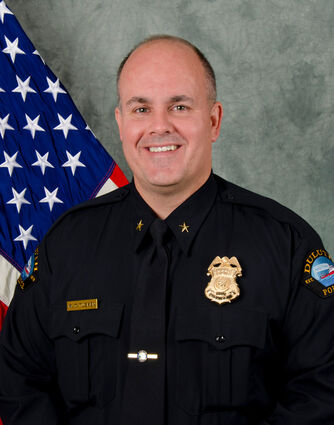 "The law enforcement profession has been under a great deal of scrutiny and has gone through some recent transformational changes," she said of Lamirande. "He has been able to discuss and share his expertise with students ... a true leader."

Lamirande, who was born and raised in Cloquet and spent two careers here, said he really is retiring this time. His last retirement, at age 50, lasted exactly three weeks.

With the sounds of grandchildren's voices echoing in the background, Lamirande said he and his wife, Tammy, want to help their adult kids with the grandkids, do some traveling and, yes, continue to work a little, mostly remotely.

"I've served people my whole life, but I've had 32 years of keeping up to speed with law enforcement," he said. "I'm looking forward to helping people in different ways and to do a little traveling too."