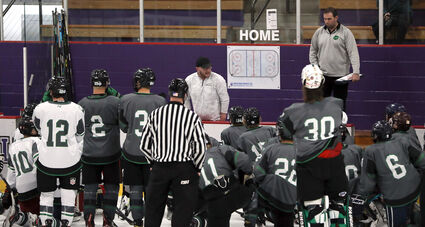 The Minnesota Wilderness junior hockey team held its main training camp last week. Roughly 135 players were expected to attend the three-day event, which concluded Thursday with an all-star game at Northwoods Credit Union Arena in Cloquet. According to a Wilderness news release, coaches said they would use the all-star game to determine who will be invited to the season-opening training camp later this summer. All NAHL teams must have rosters reduced to 25 players by Sept. 1.

The team is expecting several returnees from the 2021-22 squad to attend the camp. That team advanced to the second round of the North American Hockey League playoffs for the fourth time in team history and first since 2017.

This next season will mark the Wilderness' 10th campaign in the North American Hockey League. Game 1 will be Sept. 9 at home vs. Fairbanks.