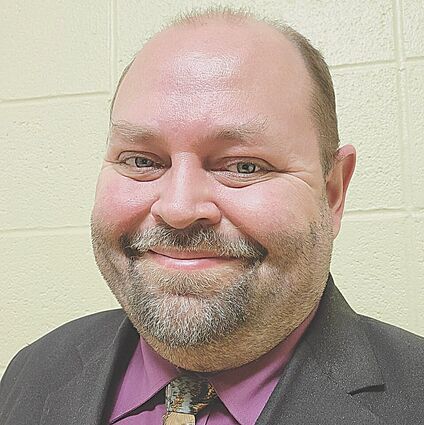 The names of two Democratic-Farmer-Labor Party candidates - John Peura of Moose Lake and Michelle Boyechko of Tamarack - will be on the ballot for Minnesota Senate District 11 in the Aug. 9 primary election. The candidate who receives the highest number of votes will go against Republican incumbent Jason Rarick in the November 9 General Election.

Peura grew up in rural Kettle River as a fifth-generation Carlton County resident. His educational background is behavioral sciences in management, psychology and leadership.

Peura is a member of the Minnesota Board of Firefighter Training and Education and is a substitute teacher for the Barnum and Moose Lake School districts, following others in his extended family as educators. He is also a union member of AFSCME.

Michelle Boyechko was born and raised in Duluth, where her father was employed by the BNSF railroad. She graduated from Denfeld High School in 2000, and then went on to Duluth Business University and attained an associate degree in veterinary technology.

"Now I am a small-farmer, raising pigs and cattle and living in Tamarack," she wrote. "I am the proud mom of two teenagers. My oldest graduated from Cromwell-Wright this year. My youngest was a freshman at the same school."

Peura said he's running because he sees dysfunction in politics. "I believe that the longer an incumbent stays in office, the more likely the special interests take root and do not necessarily address those initial concerns that were affecting the incumbent's family, industry, or community," he said.

Boyechko said she was on the fence for a long time about running for office. The catalyst for her action was the combination of the Supreme Court decision on Roe v. Wade and the mass shootings in Buffalo, New York, and Uvalde, Texas. "Some politicians are offering only thoughts and prayers. Meanwhile, my state Sen. Jason Rarick has actually introduced legislation to further reduce gun regulations," she said.

"As I sat with my two high school students eating breakfast before school, I swallowed my fear that this right here could be the last time I see one or both of my children," Boyechko said. "I decided that I couldn't just sit and hope someone would make the changes that we need."

Peura said he is also concerned about school safety.

Q Are there any particular issues that you would like to address if elected?

Climate change is attached to each of these key areas. The current policies are achieving the intended goals; however, we can still do better.

Additionally, the district is starting to see an increase in the number of folks who are transitioning to long-term care facilities. Family members are often charged with providing the care without financial support.

Boyechko: I support a person's right to own guns. My family owns and shoots guns. I do not believe that the Second Amendment gives the right to unrestricted gun ownership. Background checks, waiting periods, liability insurance, gun safety training and red flag laws do not put an undue burden on law-abiding citizens to own guns.

I am an advocate for the LGBTQA+ community. I also stand with communities of color. We must teach about and come to terms with atrocities committed by our country before we can be truly great. I will support legislation and programs that create greater equality.

I want to help farmers get food to local customers. Many laws regulating food safety are aimed at cutting small producers out of the picture. Incentives and programs geared toward land and water conservation can help our farmers build resiliency against severe weather events, such as drought. Let's grow together to provide opportunities for small businesses and trades.

Q What are your thoughts on abortion rights in Minnesota?

Peura: I support the woman's right to choose. That choice should be made between her medical provider and her, not elected or appointed non-medical providers. The 1995 Minnesota Supreme Court case, Doe v. Gomez opinion, confirms this position. Should this be enshrined in statute? The short answer is "yes."

Boyechko: I am unapologetically pro-abortion. I don't believe that the government belongs anywhere near a person's right to make decisions about their body. Abortion is a decision between a pregnant person and her health care professional.

Q The Legislature failed to pass the bonding bill this year essentially because the two parties can't seem to work together. How do you think this increasing divide can be addressed?

Peura: Former United States Senator Mike Enzi had the best approach: he applied the 80/20 rule. He stated, "80 percent of something is better than 100 percent of nothing." Find that 80 percent of common ground and work within that framework. Do not get lost in the remaining 20 percent. Another way to address the divide: I would encourage voters to stop "extending contracts" with ineffective legislators. My opinion is that the best approach is a balancing of the 80/20 rule and new legislators to assist in reducing the logjam.

Boyechko: I am under no illusion that I am going to change the whole system but I'm going to fight to pass equitable legislation and improve the lives of Minnesotans. I think a lot of legislators are voting along party lines. We need to get things done for the people. It is hard to compromise. I would compromise where I can, but I am not giving up fundamental rights. If people are not willing to compromise, let the public know what's going on. People don't have a clear idea what goes into making laws. Hold the people that are not working together accountable.

QYou are one of the DFL candidates for the state senate seat. Why should voters choose you to face off against the Republican incumbent Jason Rarick?

Peura: I am committed to service and ready to answer the call to action and to leverage my professional capital to stand up for the district residents. I stand ready to replace a politician that has served in both chambers with someone who has boots on the ground. Elected office is not to be a career or side hustle. Let us return to a citizen's legislature that embraces the change. I will remember that I work for you, not me, and not the State of Minnesota. It is for those in the senate district that I represent.

Boyechko: I have a very strong personality. I am not going to be someone who is going to sit on the sidelines. In order to solve the problems, I want to get in contact with those people who are affected. I want to find out what their solutions will be and bring that into the lawmaking process. 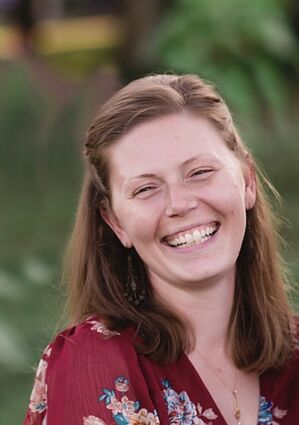 Voting early is simple in Minnesota. Residents of voting age can pick up a ballot at the auditor's office on the second floor of the Carlton County Courthouse and take it home, and return it either in person or by mail, or they can fill it out and turn it in on the spot.

Those who prefer not to register online can call the county auditor's office at 218-384-9127 or stop by the courthouse during regular business hours.