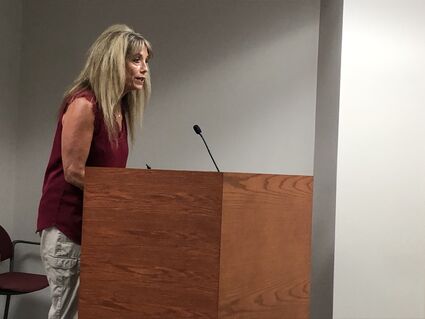 Greta Winter-Jarvinen addressed the Cloquet City Council Tuesday, as part of a Kelly Avenue neighborhood group that spoke during the public comments. They want more help from police to deal with issues caused by two homes and suspected drug abuse.

At first glance, Cloquet's Kelly Avenue looks like any other street in the city: mostly tidy homes with flowers blooming outside, tall trees, cars parked in driveways and on the street, the occasional person out for a walk. But neighbors told a different story at Tuesday's Cloquet city council meeting. Close to a dozen people showed up to complain about what they see as an inadequate police response to repeated calls about two homes that make the neighborhood anything but peaceful.