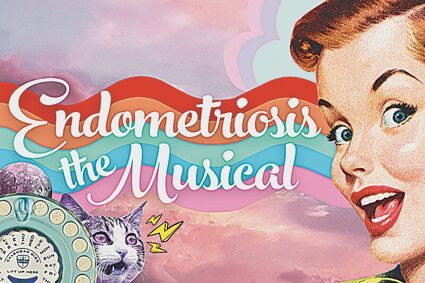 "Endometriosis: The Musical" blends hilarity and heart to deliver a musical experience that's both cathartic and catchy.

A new musical created by two Cloquet High School alumni sets a spotlight on women's health along with the pitfalls of navigating a complex healthcare system through the lively, upbeat lens of musical theater. Soon to make its debut in Minneapolis at the Minnesota Fringe Festival, "Endometriosis: The Musical" is the hilarious and heartfelt passion project of co-authors and lifelong friends Maria Bartholdi and Kristin Stowell.

The duo have been writing music together for about as long as they've known each other since around the age of 6. They met in first grade at Churchill Elementary School in Cloquet. Both were heavily involved in theater with Cloquet High School, and influenced by then theater director and Bartholdi's mother, Julie Bartholdi (now Julie McMerty). The pair graduated in 2002 before each finding success in their respective theater careers.

Bartholdi, who directs the show, has worked on a wide array of projects in Minneapolis as a performer, writer, podcaster, Esports host and award-winning video creator.

Stowell is the show's composer and holds an impressive background in musical theater as well. Currently living in Washington, D.C., her experiences as a music director, pianist and music copyist have led her to teach courses in music and musical theater in universities across the country.

In 2019, the two former Lumberjacks began work on the show, aiming to educate, entertain, and raise awareness about endometriosis, a common yet often overlooked disorder affecting approximately 1 in 10 women worldwide that often takes nearly a decade to diagnose. Endometriosis occurs when tissue similar to the lining of the uterus grows in other areas of the body, most commonly resulting in crippling pain. In severe cases, endometriosis can invade and damage organs near the uterus.

"Endometriosis: The Musical" doesn't hold back in tackling the stigmas and taboos commonly surrounding women's health. The show follows Jane on her journey to discover the true cause of her chronic pain as she simultaneously strives to advance her career. Through its absurdity, and catchy upbeat songs, the show takes a playful look at the somewhat flawed world of health care, and explores experiences shared by many women of embarrassing trials at work, awkward family discussions, and rampant misogyny in the doctor's office.

The show builds primarily from Stowell's experiences of trying to get a diagnosis for her pain.

"I know some people are going to see this show and think, 'Nah! No way does this stuff actually happen to women at the doctor's office!' but those people are very wrong," Bartholdi said. "Every moment in this show is based off of something that happened to one of us, or our friends, in real life."

Bartholdi and Stowell aren't the only ones with local ties to this project. They enlisted the help of fellow 2002 Cloquet High School graduate and current dance studio owner Krista Grover Winkka to run the choreography, and another former classmate, Anna Luehr, to design costumes for the show. Stowell expressed her enthusiasm to be working closely with their high school friends after all this time and said, "It's just so funny that all of these Cloquet people are still working together putting on shows, but now at a professional level. I think that speaks to the theater program and the other extracurricular programs at Cloquet, that we are still doing this 20 years later."

"Endometriosis: The Musical"is at the Theatre in the Round in Minneapolis Aug. 5-14.

Content warning: this show contains adult language, and sexual content. The creators say this show is appropriate for ages 16 and up.

WHAT: "Endometriosis: The Musical" 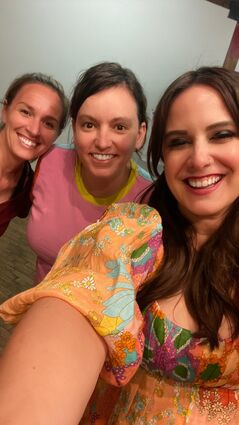 WHERE: Theatre in the Round,