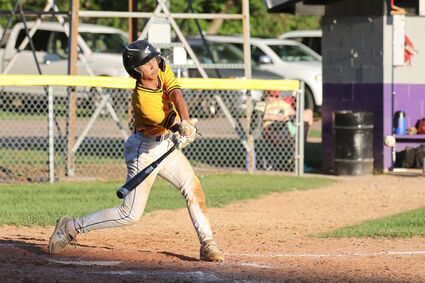 After a miracle comeback in the opening round, the Cloquet VFW boys baseball team was knocked out of the playoffs with losses to Hermantown and Hibbing last weekend.

Cloquet trailed 9-0 after two innings in their opening game with West Duluth Thursday and things looked bleak. Coach Nate Knutson decided to make a couple of changes and the squad responded — coming from behind to edge West Duluth 11-10.

“It was a great way to start the tournament,” said Knutson. “We cut the lead in half in the fourth, tied it in the fifth and then got the lead in the sixth and held on to win in the sev...