Carlton celebration is a blast 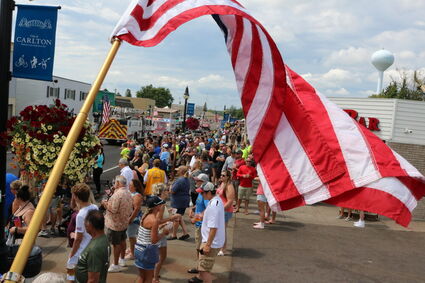 Carlton Daze got off to a running start last weekend, with kids' races and the annual 5K race Friday evening followed by the 50-mile Voyageur Ultramarathon Saturday.

The annual event offered a little bit of everything: lots of music and food options, tournaments galore, a car show, kids' coin digs and kayak races for older, bolder folk.

Kim and Sue Newman of Barnum came for the car show Saturday, staying to eat Julie's egg rolls. "We had a few of these cars, then kids came along," said Kim.

But the parade was the BIG draw, lasting over an hour and drawing crowds that were five and six rows deep in some places on Sunday. Public safety vehicles rolled by for blocks, including a firefighter training model that simulated a burning airplane fuselage. Political candidates also turned out in force. 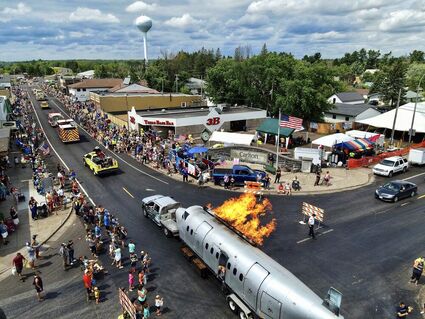