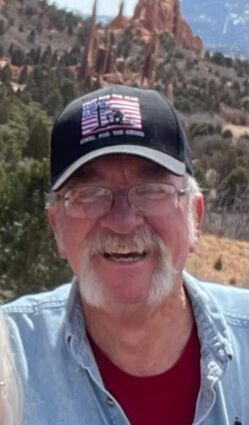 Guy graduated from Proctor High School, Class of 1972. He entered the U.S. Marine Corps and was stationed at Cherry Point in Havelock, North Carolina. Guy married Jami Danielson on June 30, 1973, in Cloquet at Our Lady of the Sacred Heart, now Queen of Peace Catholic Church. Guy worked as a computer operator for Maurices for 31 years. In 2011 Jami and Guy moved to Beaufort, where he worked for Parker Boats. He also served in the Cloquet National Guard and the 477th Army Reserve in Duluth. His hobbies included bowling leagues, bingo, fishing and being a grandfather.

Guy was preceded in death by his parents and brother Joseph. He is survived by his wife Jami; sons Guy (Torrie) Kalm and Jeff (Megan) Kalm; daughter Angela (Frank) Burger; grandchildren Anthony (Kristen), Alexis, Annalise, Joseph and Claira Kalm, and Alex and Molly Burger; one great-granddaughter, Stevie May; and special cats Sissy and Leo.

A Celebration of Life was held Sunday, Sept. 11 at his son Jeff's lake cabin. To leave an online condolence, visit the guestbook at http://www.nelsonfuneralcare.net.