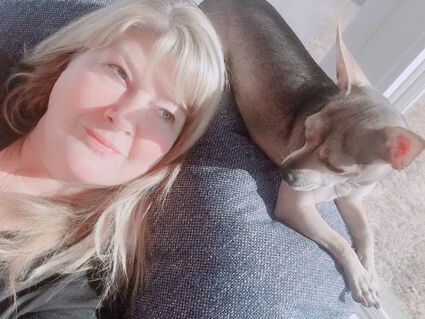 When it comes to children, it can often be difficult to explain life's complicated issues or work through complex feelings. Cloquet class of 1982 alumnus Colleen Gilchrist Collins recognized firsthand the importance of having these conversations. Upon retiring in 2020, she rediscovered an interest in creative writing and started work on a children's book to promote open conversations with children about their feelings, emotions and needs.

Gilchrist Collins enjoyed courses in English and writing at Cloquet High School, but her professional career took her in the direction of education. Gilchrist Collins became a special education teacher and built a family in Wisconsin with her husband, Joe.

In 2019, the pair rescued a less than 1-year-old chihuahua mix puppy named Monte, which they named after their favorite vacation destination: Montenegro. After a 33-year career, Gilchrist Collins retired from the Manitowoc Public School District in 2020.

"I have wanted to try my hand at writing since I was a student at Cloquet High School many years ago." Gilchrist Collins said. "Education, family, and career put that dream on hold until I retired."

As Covid-19 lockdowns and stay-at-home orders became the new normal, she took the time to dive into writing even further and enrolled in an online writing course.

With the inspiration from Monte, it wasn't long until she had published her first book in December 2021. It was a children's story titled "Monte's Fur-Ever Home."

When Monte was rescued by the shelter, he had been fending for himself for over three months. The book follows Monte's physical and emotional journey on the road to adoption. The story was crafted to build resiliency skills for young children who deal with the fear and uncertainties in situations like homelessness, the foster care system, or the adoption process.

Gilchrist Collins has since published two more books in the Monte series. The second book, "Monte's Fur-Ever Friends," explores the feelings children have surrounding adapting to change and making new friends. The third, "Monte's Fur-Ever Gratitudes," focuses on gratitude and includes dedicated pages for young readers to write and draw the things that mean the most to them.

Gilchrist Collins hopes her books will act as a tool for both the children and the parents to spark meaningful conversations. 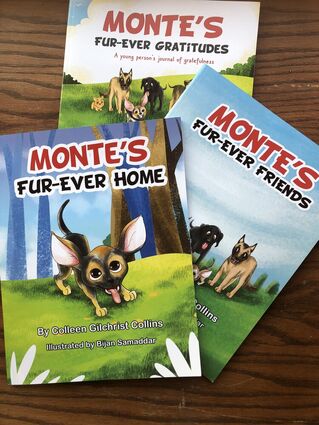 Colleen Gilchrist Collins, a retired educator raised in Cloquet, used her creativity to forge a children's book series that tackles how to address complex topics. The books are centered around the adventures of a chihuahua mix named Monte.

"My work with special needs children, specifically those with social needs, greatly influenced my message," she said. "There are not a lot of social stories available to help start those tough conversations."

Each story follows up with a "connection page" at the end of the book to better help caregivers relate the story to their situations.

Gilchrist Collins aims to teach young people that training the brain to focus on the positive things in life can change the way they view the world around them.

Gilchrist Collins and her husband currently live in Humble, Texas, but she'll be returning to Cloquet for her 40-year class reunion this weekend.

As for Monte: "He has an ongoing war with the gray squirrels in the neighborhood, and loves to wrestle with his Corgi brother, Zedd, another character in the books," Gilchrist Collins said.

If you are interested in reading more about Monte's adventures, the books are available for purchase on Amazon.