Cloquet, Esko out of gate quickly in volleyball 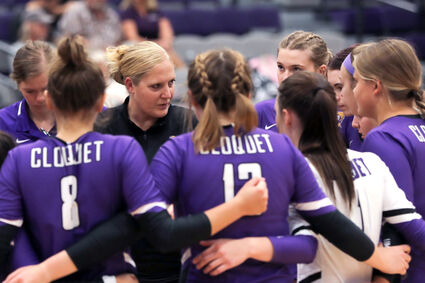 The volleyball season is in full swing as teams have all played four or five opponents. This is the time of year when trends start to develop and coaches are able to start solidifying their lineups. The cream rises to the top, and observers begin to learn which teams may be contenders for the state tournament in November.

The three best teams in the area by division - Cloquet in AAA, Esko in AA and South Ridge in A - have all started fast out of the gate.

Cloquet is 3-1, with victories over Proctor, Marshall and North Branch. The only loss was to Duluth East.

Head coach Heidi Anderson attributes their success to being versatile.

"We have already had to deal with injuries and illnesses to our starters and the girls who we plugged in have responded well," she said. "The girls have a 'team first' attitude and will play any position we need them to. Different players are stepping up and we are finding more ways to score."

The longtime coach said Ava Buchholtz, Ella Maslowski and Josie Lindstrom are playing valuable roles. Lauren Johnson has been moved from right side to outside. And Ashley Austin is starting to hit the ball harder.

One strength of the team has been the defense.

"We have done a good job of keeping the ball off the floor," Anderson said. "Our identity has always been a strong serving team. It is easier to play defense when we serve tough and limit our opponents' offensive chances."

Anderson said there are things the team can improve upon, including blocking.

"We could do a better job of getting our hands on more balls, getting more touches. And our serve receive could always be better," she said. "And we are still working on hitting the ball hard as often as we can."

Esko is 4-1, with victories over Two Harbors, Cook County, Rock Ridge and Moose Lake/Willow River. Their lone loss was to Hermantown.

"We have been untested for the most part," he said. "I don't know if our opponents are having down years or maybe we are better than we think. But it is a good position to be in. So far I have no complaints."

The strength of the team has been the offense.

"When we are in-system, we are difficult to defend," he said. "We have not been giving up many free balls."

Serving is also a strength on a really deep team.

"At practice we can put together a combination of two or three teams to keep challenging each other," Stasiuk said.

He was hoping for some tough competition at the North Branch tournament.

"We really don't know all of our weaknesses yet," he said.

South Ridge, the only area team that made it to state last year, has started 2-2. They have wins over Two Harbors and Cook County and losses to Floodwood and Mabel-Canton.

Coach Brad Olesiak is happy with the way the season has started.

"We are fine," he said. "Our losses are against two really good teams. Floodwood is solid and Mabel-Canton was ranked fourth in the state in preseason polls in Class A. We worked on our schedule to be able to play some tougher teams during the regular season."

Good things are happening at the net for the Panthers. 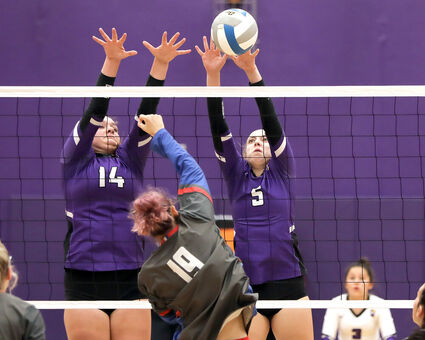 "We can put the ball down," said Olesiak. "And this is one of the strongest blocking teams I have ever had."

A big surprise in that area has been the play of sophomore right side hitter Lily Josephson. She went from playing junior high volleyball last season to varsity this year.

Defense is an area where the coach sees room for improvement.

"We need to get better with our ball control," he said. "We are working on having a quicker reaction to covering tips over our blockers. We also need to serve better. We are good at serve percentage but we need to be better at hitting spots. Sometimes we just have non-aggressive serves, which allows our opponents to run their offense."