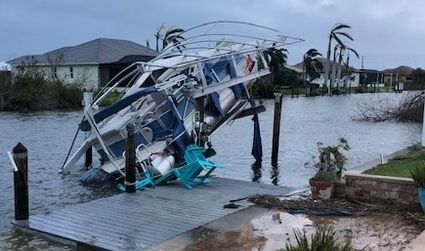 "They look like telephone poles," Baker said. "They lost all their fronds."

Baker was one of at least two college students from Cloquet, including Sam Buytaert, who were evacuated from the west coast of Florida last week, as Hurricane Ian made its way to shore.

Initial forecasts had predicted the hurricane would hit the Tampa Bay area - where Buytaert goes to school - but on Tuesday afternoon, its track veered south and took aim at the Fort Myer...