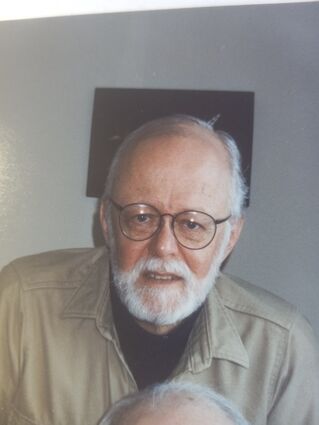 John Goss Kalbrener was born June 19, 1934, and died of Covid Sept. 21, 2022. John was the first child of Alfred and Elizabeth Kalbrener. Raised in Cloquet, he had twin siblings, Gretchen and Tom. The Kalbreners lived at 224 Ave. E, just one lot west of the now-gone water tower, until 1957.

He returned to the Twin Cities and served as a regional reporter for local newspapers and radio stations. He produced articles for a variety of Upper Midwest newspapers and radio and TV stations. His writing reflected an unusually articulate and resourceful understanding of local issues and events. John was married out of college, divorced, and became the single parent of Cyrus. The family is very proud of the journalism and perspective John's careful and thoughtful reporting revealed to his readers.

He is survived by his son Cyrus, and daughter-in-law Dorian Eder of Dublin, Ireland; grandson Eli, of Minneapolis; brother Tom of Napa, California; sister Gretchen of St. Paul; and numerous nieces and nephews.