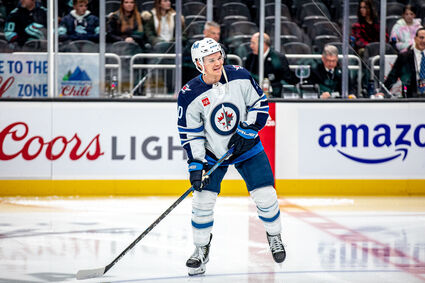 Former Cloquet-Esko- Carlton and University of Minnesota Duluth hockey player Karson Kuhlman was picked up off waivers by the Winnipeg Jets of the NHL last week. Kuhlman, who began his professional career with the Boston Bruins and then played with the Seattle Kraken, has joined a Jets team that is sitting in second place in the Central Division of the Eastern Conference.

He has been reunited with former UMD teammates Neal Pionk and Dylan Samberg.

"I'm obviously excited about the new opportunity," Kuhlman said. "It helps having some familiar faces who are there already, which will make the transition easier."

Kuhlman played his first game for the Jets on Dec. 17, a 5-1 win over Vancouver. Kuhlman had two shots on goal.

"I'm just looking forward to helping a team that is always winning games," he said. "They are always high in the standings and I will help any way I can."

The former UMD captain was part of the NCAA hockey national title team in 2018. He was deemed the most valuable player in the tournament.

The move from Seattle to Winnipeg will allow for the star forward to be closer to Minnesota and his hometown of Esko.

"It will be nice to be close to home," Kuhlman said. "For sure it is just a one-day drive away now for people to watch."

As of Wednesday, the Jets were one point behind the Dallas Stars in the Central Division and one point ahead of the Minnesota Wild.

Kuhlman is hoping to use what he considers his strongest attributes to help the Jets continue their strong season.

"What I am hoping to bring to the team is my style of game," he said. "Using my speed, being good defensively, and also I hope to contribute on the forecheck and offensively."