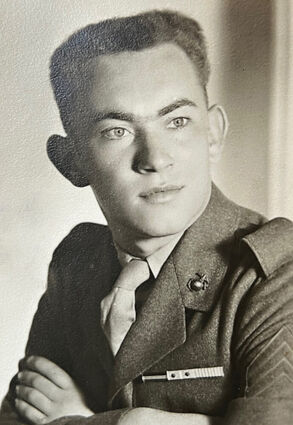 Loren Gene Plambeck, 89, passed away peacefully in hospice care in the early hours of Jan. 7, 2023. Born May 16, 1933, in Adams County, Nebraska, Loren raised a family in Cloquet together with his wife, Sandra, who preceded him in death. Surviving are his sisters, Verlene McFerren of Juniata, Nebraska, and Margaret Lovgren of Holdrege, Nebraska; his daughters, Cathy (Tim) Picking and Liz Plambeck; sons, Tim (Peg) Plambeck and Stefan (Sharon Arad) Plambeck; his beloved grandchildren, Anna Grace and Christopher Picking, Mira Plambeck (Liz), Anasofie and Julia Plambeck (Tim and Peg) and Liam Plambeck (Stefan and Sharon); and great-grandchildren, Kingston, Eileigh and Taytum Vines (Anna Grace and Corey). Loren was also preceded in death by his mother and father, Hulda and Earl Plambeck, and brother Vernon ("Vern") Plambeck.

Loren Plambeck was a Cloquet High School German and history teacher for most of his life. After graduating from Hastings High School, Loren served as a Marine in Korea. Under the GI Bill he subsequently graduated from Hastings College and later earned a master's degree from the Montana State University in Bozeman. 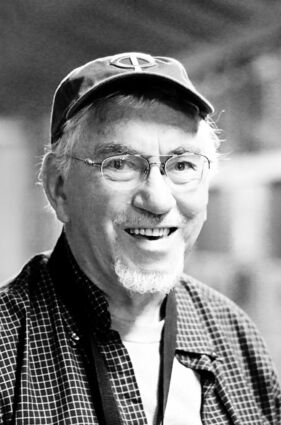 Loren was a quiet observer of his surroundings who tirelessly recorded his visions and impressions. Loren kept a daily journal from the age of 16 and throughout the remainder of his life. He documented his world with the ever-present camera around his neck, and enjoyed painting what he saw. A favorite scene was the view from the deck of 2113 Doddridge Ave. in Cloquet. The weather was a source of fascination, especially storms moving in from the west which, for many decades, he meticulously documented for the shortwave radio service of Deutsche Welle. The Plambeck home in Cloquet was the gathering point for family and the place where beautiful memories were created. As a high school kid, Loren listened to the newest jazz albums and learned how to play "Bumble Boogie" on the piano. His well-worn vintage albums included Van Cliburn playing Rachmaninoff's Piano Concerto No. 3. Later in life, Loren and Sandra moved to Duluth and later to the Kalamazoo, Michigan area. They were avid travelers who visited friends and family at every milestone event and extended their travels abroad to Denmark, Germany and Holland to visit with families of foreign exchange students they had hosted, including Anna Stausholm Sorang, and simply to experience the world. In his later years, especially after losing Sandra in 2015, Loren deeply enjoyed reading the Pine Knot or Hastings Tribune, watching the Cornhuskers and eating a good piece of cake. He was a fine companion to those who lived with him in The Waters of Highland Park in St. Paul, and Heart to Home in Mendota Heights, where he died after experiencing his last big Minnesota blizzard come in from the west.

Loren's life will be celebrated at a later date this year in Minnesota, where his cremains will be interred next to his beloved Sandra in Cloquet.

In his quiet way, Loren passed on a keen, observant openness and creativity to his children and those he taught through the years. May his memory be for a blessing.