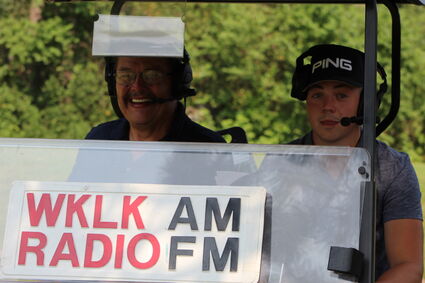 Dwight Cadwell first realized something wasn't right during the annual Safe and Sober program at WKLK radio 11 years ago. The longtime sports broadcaster and other guests had been imbibing various alcoholic beverages for over an hour and being breathalyzed by local law enforcement to demonstrate how their blood alcohol content, and therefore their ability to drive, was being affected.

Except for Cadwell, it wasn't happening.

"By the end of the show, my blood alcohol content had never risen beyond 0.02 percent," Cadwell said.

"I knew I'd had way too much but [my BAC] said I was still legal to drive," Cadwell added. "The officers couldn't figure it out."

A couple days later, Cadwell got really sick and eventually ended up in the intensive care unit at the Cloquet hospital, then Duluth. When doctors did his BAC in Duluth - a week after the show and without any additional drinks - the reading was over 0.20 percent, two and a half times the legal limit.

"At that point the internal medicine doctor knew my liver wasn't processing and had basically shut down," the now 58-year-old said in an interview Tuesday. "All the fluids were basically being absorbed into my system."

Now, the beloved local radio sports broadcaster is fighting for his life, seeking a liver transplant to give the father of five a chance to watch his grandchildren grow up.

Dwight Cadwell has been living with liver disease over a decade now, but things are suddenly more urgent, so he's sharing the news in the hope that people will sign up to become donors for anyone, including him.

After the initial illness, Cadwell was diagnosed with nonalcoholic steatohepatitis, or NASH, a liver inflammation and damage caused by a buildup of fat in the liver. NASH is similar to the kind of liver disease that is caused by long-term heavy drinking, but develops in people who don't abuse alcohol, according to Stanford Medicine.

In the years since his diagnosis, Cadwell has worked with doctors from Essentia Health and Mayo Clinic to keep the disease in check, going from 374 to 260 pounds in the process. But when he gained 40 pounds in two weeks this summer, they knew something had taken a turn. Tests showed the liver was even less functional. Within a few months, doctors realized that efforts to slow the liver decline - including biweekly paracentesis sessions, during which they drain the excess fluids from his abdomen - weren't doing the trick.

In November, doctors called Cadwell to tell him they were moving him to the immediate liver transplant list, from simply being a transplant candidate.

There are no current options to mechanically replace liver functions, although medication, dialysis and paracentesis do help. That leaves transplant as the golden ticket to a longer life.

There are two options for liver transplants: an entire liver from someone who is deceased, or a living liver donation. Because the liver can regenerate itself, surgeons need to transplant only a portion of the organ for treatment, according to mayoclinic.org. Although living donation transplants currently make up less than 10 percent of all liver transplants, the procedure offers more options to those with terminal liver disease.

Cadwell said because of the urgency of his need, doctors recommended he get the word out about the living-donor program. His family members are going through the testing process, but people who aren't related to the recipient can also donate.

"There's so much need and people waiting for donations, not just for livers but kidneys, too," Cadwell said in an interview Tuesday. "It's a golden opportunity to show your kindness and compassion and help others."

In the Living Liver donation program, the donor (aged 25 to 59) specifies a recipient.

In the paired donation program, a donor (age 21-59) might not match the person they want to give to. Instead they can be matched with a different recipient. Then when an available organ matches the donor's original designee, that person receives it, going to the head of the line.

The non-directed liver program simply aims to match the donor (age 25-59) to a transplant candidate active in the Mayo program. According to Mayo's transplant program website at mayoclinic.org, there is no cost to donors. They must, however, pass both medical and psychological tests before being approved.

As he waits for a transplant, Cadwell is staying busy with both treatment and life in general. He and his wife, Diane, take care of two of their grandchildren three days a week, and enjoy frequent visits from the other three. Four of their five kids - Chelsea, Courtnea, Josh, Trevor and Carley - live in the area, with Josh still at home. "He helps out a ton," Cadwell said, adding that none of his kids are afraid of hard work.

Neither is Cadwell. At one time, he was working for WKLK radio, coaching youth basketball, bowling four nights a week (he's scored 299 more than once, but never 300), playing softball and living an active life at church. Life was go-go-go for Cadwell, who grew up in Cloquet.

But he is dialing things back now. His doctor recommends no more than 10 hours of work during weeks in which he's feeling well, and fewer when he feels like he's been hit by a cement truck.

A lifetime member, he resigned as the Queen of Peace Catholic Church finance committee chair in December. He hasn't bowled regularly for a while, but he did manage to play part of a round of golf this summer. He still does the sports schedules for WKLK/WMOZ, and hosts the Coaches Corner program most Saturday mornings. When he doesn't feel well, Bill Effinger takes over Dwight's local Sunday shows, including Christian music and services in the morning, and polka later on.

Cadwell's coworker and boss, Jake Kachinske, said Dwight is an incredibly versatile employee, able to step in and do many different things. Jake and Dwight have also enjoyed lots of road trips to section and state tournaments over the years.

"We've done a lot of talking over the years and maybe got in a little trouble," Kachinske said.

Cadwell will miss more radio shows after the transplant, because he will have to stay in Rochester for up to 12 weeks with a caregiver, likely his wife or one of his daughters, he said.

"I asked if I could just go home, but they said I need to be within 10 minutes of the facility," he said.

Since Diane posted about his diagnosis and need for a transplant a little over a week ago, Cadwell has heard from all sorts of people: some who are going through the donation process, others who were rejected, and even a friend of a friend who has had a liver transplant.

Although he's always kept his private life out of his very public work life, he said the messages have been really nice.

"I want to thank everyone who's reached out since my wife made that post," he said.

Cadwell is very optimistic - about the transplant, and life in general. 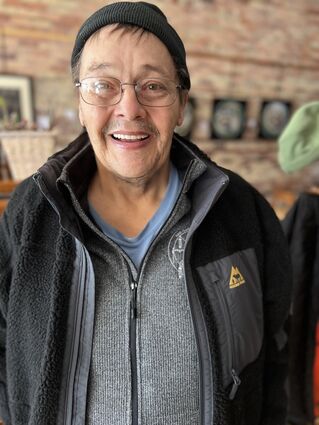 "I've lived a full life. I have a great wife, a great family, wonderful friends and I live in a great community," he said. "I've got to do what a lot of people wish they could do - my dream job. I just want to get back to being able to do the things I enjoy."

Becoming an organ donor is easy. You can indicate that you want to be a donor in the following ways:

• Register with your state's donor registry by visiting organdonor.gov and clicking on Minnesota.

• Designate your choice when you obtain or renew your driver's license.

• Tell your family. Hospitals seek consent from the next of kin before removing organs, although this is not required if you're registered with your state's donor registry or have donor designation on your driver's license or state ID card.