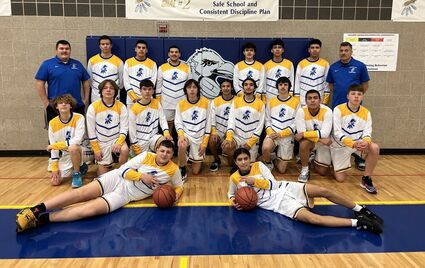 The Fond du Lac boys basketball team pulled off a significant road win on Tuesday by knocking off the North Woods Grizzlies in Cook. The Ogichidaa won the high-scoring affair, 100-86.

"The guys are just starting to get used to me as a first-year coach," said FDL coach Cameron Thompson. "It was just a great game. It was back-and-forth and we battled back from being down and then we got the lead and wouldn't give it up."

Jordell Brown led the Ogichadaa with 33 points, while Mukwa Bellanger added an impressive 22 points in a game that saw FDL put up 68 points in the second half.

"It just all came together in the second half," Thompson said. "Jordell had a great game, not only on offense, but on the boards as well, and he and Mukwa led the offense."

"Things are on the upslope for this group," Thompson said. "The guys are just getting acclimated to our new system and things are starting to click. There is a lot of potential with this group."

The win improved the FDL record to 4-5, while the loss drops North Woods to 6-7.

The Ogichidaa face Bigfork and Red Lake this Friday and Saturday, and Lakeview Christian on Tuesday.