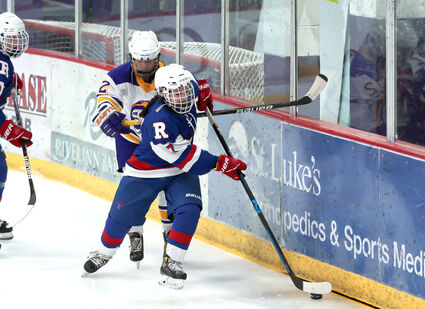 The Moose Lake Area and Cloquet-Esko-Carlton girls hockey teams seem like a good barometer for one another. The teams tied 1-1 on Monday at Northwoods Credit Union Arena, as staunch goaltending prevailed in a game that provided plenty of excitement.

It was a rematch between Moose Lake Area and CEC from back on Nov. 22, when the Rebels snuck out a 3-2 overtime win in Moose Lake.

"Both teams are blessed to have good goaltending," said MLA coach Reilly Fawcett.

"We would like to have tested their goalie a bit more, but I thought both goalies were very good."

MLA gained the upper hand early when Gracie Hartl scored on a power play at 4 minutes, 43 seconds of the first period with an assist to Megan Hattenberger.

"It wasn't the way we wanted to start the game," said CEC coach Kennedy Houge. "We started slow, but as the game wore on I felt we had the better of zone play."

The power play goal was a big goal for the Rebels, who have struggled with an advantage as of late.

"We've struggled on the power play and we needed that goal," Fawcett said. "They were taking it to us prior to the goal and they had us in our defensive zone for quite a while. They are fast and they always get right on top of your 'D' and try to get you to cough up the puck."

That strong zone play eventually allowed the 'Jacks to tie the game in the second period on a goal from Reese Kuklinski with an assist to Emma Parks. Kuklinski's goal was scored at the 10:09 mark. 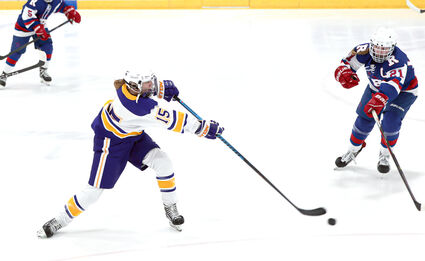 Through two periods the two teams traded chances with CEC gaining a 16-8 shot advantage. Both CEC goalie Araya Kiminski and MLA goalie Mallory Hartl were strong, and neither allowed another goal after the second period.

"I knew it would be a battle because both teams work so hard," Fawcett said. "It was just a battle between two good teams who have a strong work ethic, and both teams did a good job of creating chances."

The third period was edge-of-your-seat entertainment for local hockey fans as the two teams showed their speed, aggressiveness and ability, only to be thwarted by the opposing goalie. "There was a good atmosphere and it was loud with a lot of intensity," Houge said. "They have a very good hockey team in Moose Lake and there is a rich history between our two programs."