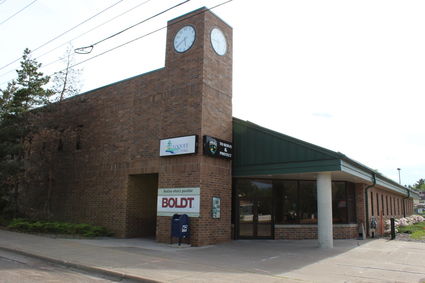 The police station and city hall now share a building in Cloquet.

Ferrell, a 25-year veteran of the department, had been acting or interim police chief for five months, after former Cloquet police chief Jeff Palmer placed himself on paid administrative leave April 16 and finally resigned Aug. 8, after never coming back to work.

The city has not yet begun the search for a new police chief, because the council is waiting for the results of a police department study - now expected the first week of October - and because the city is also searching for a new city administrator. (Aaron Reeves took a job in Hudson, Wisconsin, after less than two years with the city.)

Barclay, who is also acting city administrator, said the city cannot comment on the reasons behind voluntary paid leave because of personnel privacy rights.

It won't be easy, whether Randall fills the role for three weeks or longer. The police department is currently down three other positions, on top of the chief and commander spots. Not yet hired are replacements for former detective Scott Holman and officer Scott Beckman. (Holman was dismissed and Beckman negotiated his departure with the city after both were determined to have disciplinary issues that could affect court testimony.) Additionally, school resource officer Eric Blesener is also on paid administrative leave. Officer Larry Sherk was assigned to the school resource officer role with the school district in Blesener's absence.

"I'm dedicated to this profession, this community and our officers," Randall said. "I will continue to work to provide our staff with the tools they need to do their jobs the best they can."

Randall - who started with the department in 2001 - was somewhat optimistic after Tuesday's city council meeting, noting that he had had "much appreciated" calls from other department heads and agencies offering support and advice.

He said he met with the police sergeants for an informational meeting that day, and they covered a lot of different topics, updates, adaptations and expectations.

The response by the sergeants was refreshing, he said.

"It was pretty much 'we will get through this together and do what we need to do,'" Randall said, adding that he spent a fair amount of time the past couple of days getting up to speed on things he isn't normally in charge of. "And the budget looks on track," he added. "I appreciate the work Carey Ferrell did prior to this."

Randall said the Cloquet police department has a history of performing well in stressful or chaotic situations, and he expects nothing less now. 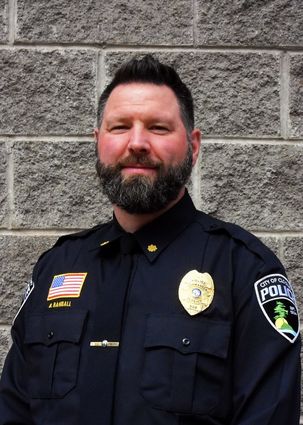 After a fairly stable decade or so under former police chief Wade Lamirande, the department has seen a number of different faces file through the top position. After Lamirande's retirement, assistant chief Terry Hill filled the role for several months until Steve Stracek was hired after a national search. Stracek was hired in the fall of 2014 and was placed on leave after police officers took a vote of no confidence in March 2017. Palmer was named interim chief at the same closed meeting in March. Although cleared of any wrongdoing, Stracek agreed to take early retirement in June of the same year, and Palmer was appointed police chief in October 2017 without the job ever being advertised or any kind of application process.

As noted above, Ferrell has been leading the department since April.

According to the department's policy manual, in the absence of availability of the chief, the order of command goes to patrol division commander (Ferrell) first, and to the investigation/administrative commander (Derek Randall) if the patrol commander is not available.