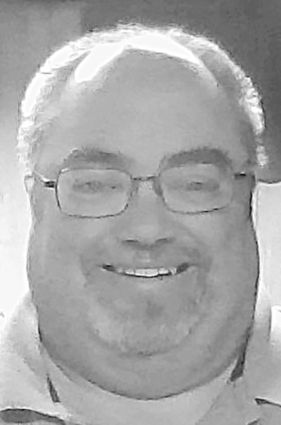 I have spent much of my life in the public eye. As a teacher, I was always very familiar with the idea that it wasn’t just what you did in the classroom that mattered. Nearly anything done in the community was also the subject of judgment and gossip. Then working in the media, I knew that my words were given more importance than they deserved. When I stopped working on radio and TV, I was more than happy to fly under the radar. I even moved away from Cloquet for a couple of years and most didn’t even know I was gone.

Then, a few years ago, I started hearing about the issues within the police department. Because I graduated from high school with some of the major players and my experience with my family’s bar, I have had information that exceeds what has been available to most of the public. Decisions were made that have been proven to be the wrong direction, and I began to try to understand why. I asked questions, and demanded answers, of people who were in the know about how decisions were being made. Some of the information I got was good, and some was misleading if not outright lying.

The last election cleared away some of what I consider to have been the problem, but then an opening for Ward 3 occurred. Even though I have always vowed that I would never run for office, I decided that if I could get appointed that wasn’t the same. I hoped to get appointed and see if I could make a difference and enjoy the work. I wrote what I thought was some strong opinions and what I felt was important and prepared for the interview. Three other men who I felt were viable candidates had also applied, and while I obviously felt I was best qualified, I fully expected that it might be a tough decision. We all interviewed at an open council meeting and I was very happy with how my interview went.

Imagine my surprise when I was informed that after less than 10 minutes of discussion, the council unanimously voted to appoint one of my opponents. I have no problem with the fact that he was appointed to the position, but this raised serious questions for me about how business is conducted. I have been a part of many interviews over the years on both sides of the desk and I’ve never seen people agree completely on anything in that amount of time.

I decided that it was now time to get involved and run in the special election. I began attending meetings and observing the process and learned that it is broken. From comment periods that were only allowed after a decision had been made, to lame-duck employees telling the media how the city would do business in the future, checks and balances have failed in Cloquet city government.

You will not hear me bash any individual councilor or any of my opponents. I have known many of them for years and they are good people, and the ones I don’t know, I have heard nothing but good things about them. But being an elected official means that you lead and protect our city’s interests. Does anyone who has been paying attention to our city’s issues believe that this has been done? It’s time to elect someone that will.

Please vote for me on Nov. 5 in the primary and again on Feb. 4 in the general election.

Find out more on the “Ray for Cloquet” Facebook page.