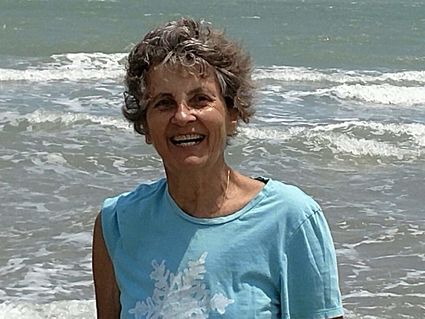 Marlene was born on May 15, 1949 in Bruno, Minnesota to Albert and Gwenyth Jorgensen. She graduated from Moose Lake High School in 1967. She graduated from the Methodist-Kahler school of Nursing, Class of 1970, as a registered nurse and became a U.S. Navy Nurse. Marlene married Terry Coil of Moose Lake on Jan. 2, 1971; they lived happily until his passing in 1983. She worked at Cloquet Memorial Hospital in labor and delivery for 20 years. On Feb. 10, 1996, she married Jim Hufford of Braham, Minn. She went to work for Isanti County Public Health in the WIC and other child care programs. She retired from nursing in 2009. She was a National Park Volunteer with Jim for six seasons.

Visitation: 10 a.m. until the 11 a.m. Mass of Christian Burial on Saturday, Nov. 23 at St. Charles Borromeo Church in Genoa. Father Nathaniel Kuhn and Father Seamus Walsh will concelebrate. There will be a Celebration of Life 1-3 p.m. Saturday, Nov. 30 at Holy Angels Catholic Church in Moose Lake, Minnesota.

In lieu of flowers, there will be a memorial at St. Charles Borromeo Church.