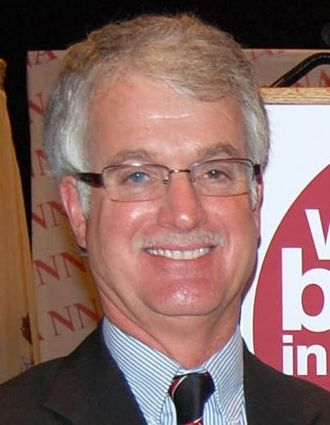 Good government depends on a system of checks and balances. Those who govern and those who administer the government know they are answerable to the citizenry of the community. Citizens hold government accountable through the information they are provided by the watchdogs who make up the Fourth

Often in our small communities we elect good people who then hire competent and good-intentioned civil servants. Our governments run smoothly, taxes are reasonable, and services are provided cost-effectively. However, too frequently we hear the stories of trust abused and violated. That is why we need a strong, attentive and respected press that provides a common source of trusted information to citizens.

Today that vital link between the governors and the citizens is threatened as Facebook, Google, Craigslist, and other websites drain the advertising revenue from newspapers. They couldn’t care less about good government or informed citizens — particularly in small town, rural America.

As we lose community newspapers, we face a very real threat to the future of citizen knowledge and the ability to keep a watchful check on government. It takes power and influence to hold those in power accountable. If you don’t meet them on equal footing, your chances of getting responses to questions evaporates.

Newspapers have influence in their communities and with government for five primary reasons:

Newspapers have a deep reach among citizens in their communities. Elected leaders know that a story printed in the newspaper will circulate throughout the towns and rural areas. Subscribers will share stories with friends and family.

But the newspaper can also be found in the library, the restaurant, the tavern, and on the park bench. The photos and stories are there at a glance at counters in stores throughout the community. People who don’t subscribe still get to find out what is happening in their community at no charge and with no electronic device required.

We also have our online presence, but print’s reach is deeper, more inclusive and more visible in a community. This reach goes far beyond what your circle of friends on Facebook, or other social media, provide.

Survey after survey has found that local, smalltown newspapers are the most trusted source of information in their communities. Local newspapers are seen as a fair, reasoned voice, especially in this internet and social media age of vitriolic divisiveness.

One of the reasons we are trusted is because people in the community know us and feel they can give us direct feedback if they think we are being unfair or slanted in the news we write.

When a newspaper is financially healthy, it has the ability to challenge power when it would frustrate the public’s right to know.

When government officials refuse to hand over public documents or illegally close a public meeting, we will take them to court. Citizens often aren’t willing to, or are unable to, muster the finances to challenge government actions in court. We do. Through the Minnesota Newspaper Association, the state’s newspapers have access to the state’s top expert in laws that demand an open and transparent government.

We show up: day after day, month after month, year after year. The public officials know that we will be at every meeting writing stories about what is discussed. We will follow up,

reminding citizens of past successes as well as misdeeds.

On Facebook, your circle of friends may get fired up about some action the city council or school district takes, but it isn’t long before the daily grind of life distracts them and the issue fades with no one held accountable. The newspaper is always on duty; we remind citizens that their attention and action is required. Through our years of reporting we’ve missed many of the high school games and social events our friends have attended because we have a meeting to attend that night. Keeping you informed is a mission we take to heart. It is one that demands sacrifice.

Knowledge of the law

Our knowledge of the laws that govern public officials such as the Minnesota Open Meeting laws and laws that dictate public access to government documents ensures transparency and accountability. The average citizen can easily be told by public officials that government has the right to keep documents private, or that meetings can be closed for “executive sessions.” We know better.

Through our years of reporting we’ve seen public bodies try to meet in private to discuss sensitive topics. Often, these sensitive topics involve something that is going to cost the taxpayer money. Public officials want to have the discussion outside of the public light to avoid the expected non-so-pleasant feedback they are going to get from some of their constituents. We cover these meetings to represent our community’s citizens and keep them informed.