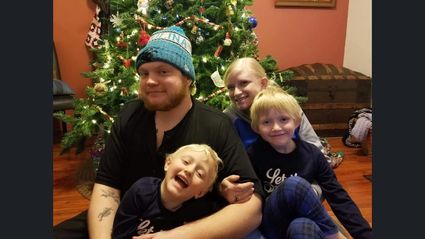 Elisha Plews-Keinanen, left, and Lena Ranta, back, along with sons Marley and Zack, were displaced from the duplex they rented on 13th Street in Cloquet after a fire Saturday evening. A resident in the upstairs apartment was also displaced.

Fires this past week have displaced at least seven people in north Carlton County.

A family of four in the lower unit of a duplex on the 100 block of 13th Street in Cloquet had to move to a hotel this week after a suspected electrical fire set a couch on fire early Saturday evening. The fire spread and there was heavy smoke damage. A woman who lived in the upper duplex was also forced to find housing and is living with family members. Everyone evacuated safely.