Our View: Junior hockey games in Cloquet are a gift 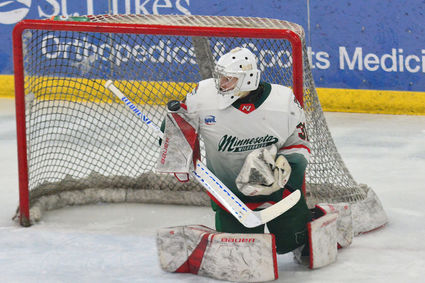 We were reminded last week of all the reasons we love the Minnesota Wilderness, Cloquet's Junior Hockey League team.

The Pine Knot News sponsored Saturday's game, in part because our advertising manager Ivan Hohnstadt and publisher Pete Radosevich were born on Feb. 29, 1964. Having one Leap Day baby on the staff is enough to celebrate; having two means we sponsor a hockey game.

Of course, we were persuaded in no small part by the effervescent and persuasive Dave Boitz, general manager of the Minnesota Wilderness, whose leadership has helped draw 1,200-1,300 people a game to Cloquet's Northwoods Credit Union Area to watch aspiring hockey players, all of whom are under 21 and hope to get picked up by a Division I college team. 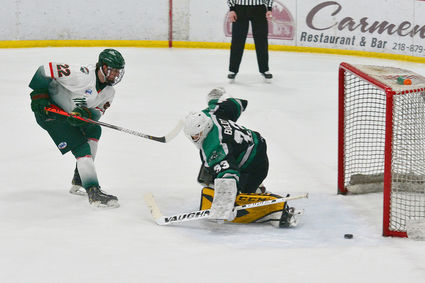 The Wilderness is a great example of hyper-local that we certainly approve of. In addition to local fans and the fans it brings to town, the team also gets locals involved - from the volunteers who run ticket sales, merchandise, and logistics to the team announcer and even the 13-year-old girl singing the national anthem (like a pro, may we add) before the game. Local families host players from outside the area, making them part of their family. The team also features local players like Cloquet High School junior Christian Galatz - who played for the Lumberjacks during the high school season, but for the Wilderness before and after - and Esko grads Dane Stoyanoff and Ryan Nelson. Having a hometown junior hockey team that is willing to work with players can allow them to play for the high school team longer without losing the chance to play a faster, tougher game in the same season.

As a commercial enterprise, the team provides not only name recognition for our area but economic opportunity and civic pride. Wilderness hockey games are a fun family event.

We could go on. We just wanted to say we are glad the Minnesota Wilderness is part of our community, and we hope to see you at a game or two. There are home games March 13, March 20-21 and March 26.

We welcome your input to the Pine Knot News community newspaper. Send your thoughts, letters, or news to [email protected]