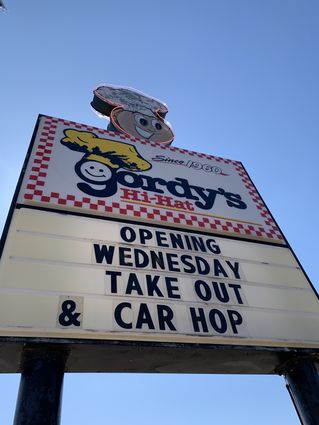 Cloquet's rite of spring, the opening of Gordy's Hi-Hat, is taking place next week, nearly a month after its original planned opening March 19, the first day of spring.

Owner Dan Lundquist made it official on April Fool's Day, changing the sign to reveal the new opening day.

The now 60-year-old restaurant - famous for its burgers, fish, fries, malts and more - will be open for takeout and car hop, when servers take orders from vehicles outside and bring the order back out.

Lundquist said staff has been working hard to get a safe plan in place before opening for the season.

"I really wanted to make sure we had a safe plan for customers, employees, even suppliers," he said. "And we...