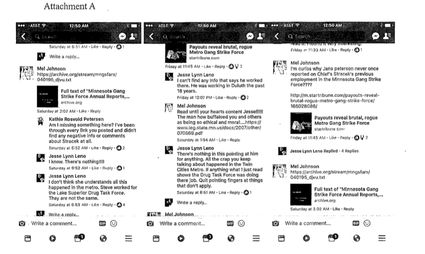 A civil lawsuit filed by former Cloquet police detective Scott Holman is working its way through the courts, but the case is also shedding light on the inner workings of the police department he served for 22 years.

The Complaint was filed by Holman and attorney Mike Padden earlier this year in U.S. District Court following Holman's dismissal from the Cloquet police department in 2019. Holman's Complaint claims that the detective's termination was the result of a Brady policy created by the Carlton County Attorney's Office for "sanctioning" police officers without due process. The civil act...