Many weigh in on Esko nickname online 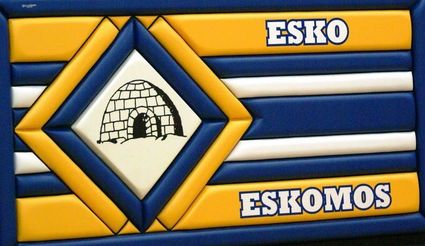 Here is a small sampling of the comments found on both Change.org petitions regarding the Esko nickname.

I grew up in Esko. I remember when our actual mascot was an Eskimo. It was painted on our gym and it was a patch on our jackets. That was offensive enough where they changed the logo to use an igloo instead. If they knew then the logo was wrong and changed that, the name should have changed at the same time. Ethnicity and cultures shouldn't be made into mascots. Please encourage Esko to change the mascot to something that is a better representation of who we are instead of a generic play on words.

The Esko Eskomos is a play on the town's name based on the Finnish American heritage and name Esko. Let's face it - seems like the easiest mascot idea based on the name, right? But is it, really? This name is and has always been a native Indian appropriation, an insult and completely racist. Esko can and should do better. There is no reasonable reason to continue using this ridiculous racist name. I hope leaders in this school community will humble themselves and make the necessary changes. If not now, when? Please change the name and show native people respect.

I think this presents an opportunity to engage students in perhaps having a say in creating a new name, a new mascot (maybe one they can actually display proudly at athletic events), and in promoting a new level of respect for other communities outside the Esko bubble. It doesn't need to be a hassle or challenge to change the name, but the resistance that's existed towards even having the conversation is definitely causing more issues.

It's definitely time to change. Maybe we can have a name closer to what the Esko heritage is, like the Flying Sisu. It would be something to vote on as a community decision.

Esko is the name of this city, the community is not a village of Eskimos. The name of a mascot could reflect the people in the community. Change is good.

It's not a political issue, it's just racist.

Just remember that the people who stir up trouble over something as innocuous as a school mascot and logo are the same people who kneel during the playing of the national anthem, tear down statues of Abraham Lincoln, defund law enforcement agencies, riot, loot and burn down buildings. They are nothing more than Marxist revolutionaries who want to destroy our borders, language, culture, traditions, community pride or anything else that keeps our nation intact and united.

The mascot name is to celebrate the Finnish heritage and honor a founding family of Esko, the Esko family. It was a play on words and a source of pride for this Finnish community that originally didn't have many other ethnic groups as residents. It has never been used in a negative way.

Eskomo is a made-up word. My phone even knows this because it autocorrected the word like eight times, making this considerably harder to write. Eskomos are not an indigenous people, but a group of spectacular Minnesotans who have unusual pride for their school. The name poses no threat or discrimination, so just let it go.

It's our name. It is tradition. I believe changing the name will dilute Esko's pride.

This is bulls*** and out of control. There is no reason to change the name of the highly respected and long lived Eskomos of Esko. None. As someone who at one point thought of my kids going to that school, I was more than thrilled (hence why I moved there). This would certainly change the entire culture of the school and how especially the kids feel about themselves. Think about it from that perspective.

To me, it seems like the people of this culture would see this as an honor, not something that's racist. If people are only looking for the negative in things, they will easily find the negative. I think whoever is trying to do this ought to change their attitude and see the positive aspects of it. This seems a touch over the top.