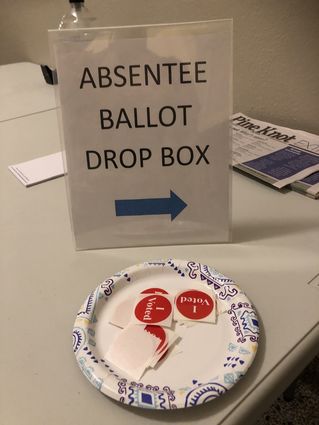 With all of the votes up to and including election day counted in Cloquet's Ward 5 City Council primary, former Cloquet mayor Dave Hallback is in third place in the vote count, with 103 votes compared to top vote getter Elizabeth "Lyz" Jaakola at 210 and Dennis M Painter with 117 votes.

In the other local race, with all 14 precincts reported to the Secretary of State's website, incumbent Gary Peterson had 570 votes, Alex French had 316 and Marci Moreland had 207 votes in the District 5 Carlton County Commissioner primary race.

Those tallies are not the final numbers. For the first time this year, mail and absentee ballots will be accepted for two days after the election -- as long as they are postmarked on or before election day and are delivered by mail. Voters cannot bring their own ballots in after election day, Carlton County action auditor/treasurer Kathy Kortuem said.

The top two vote getters in the primary election will advance to the general election in November. Again, final vote tallies won't be released until Thursday evening or Friday morning.

Check back for updated local results later this week.