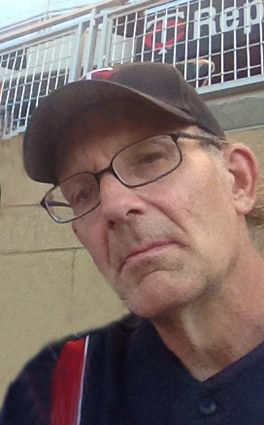 He was born July 27, 1957 in Duluth to John and Marilyn (Pellerin) Hennemuth.

Todd was a 1975 graduate of Cloquet High School and a 1979 graduate of the College of St. Scholastica. During his college years, he played hockey and was inducted into the St. Scholastica Hall of Fame. He enjoyed playing and watching sports, and he always wore the No. 13 on his jersey.

Todd loved spending time with his sister, Heidi, on the farm and at Big Sandy Lake. He had a soft spot for all animals and even took the barbs off his hooks when fishing so he would not hurt the fish. Todd loved his dog, Pete, and was a truly kind and compassionate man.

He was preceded in death by his parents.

He is survived by and deeply missed by his sister, Heidi Gist (Robert "Bob" Bryce); a niece, Hannah (Ben) Jung and their sons, Jack and Vince; aunt, DeeAnn Mortensen; an uncle, William Hennemuth; and other extended family. The family would like to recognize and thank the James Street House in Cloquet and Essentia Health Hospice for their care.

Services for Todd will be private. To leave an online condolence, visit the guest book at http://www.nelsonfuneralcare.net.