School hit with claims of abuse 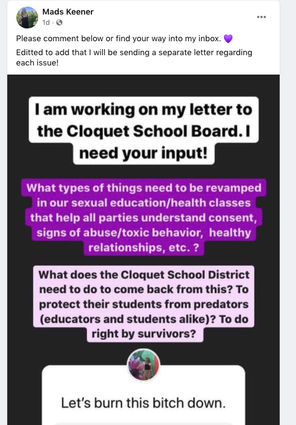 Social media sites started lighting up in Cloquet circles last weekend after a former Cloquet student unleashed a laundry list of allegations against current and former Cloquet school district teachers and staff. The posts came from myriad sources and included claims regarding both past and present employees, with stories of teachers and staff who asked female students to hug them or sit on their laps, to others who allegedly bullied students, played favorites or gave a person "the creeps."