Women discover each other 25 years after China adoptions 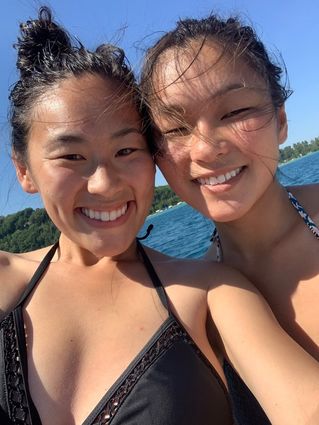 Cloquet High School graduate Leah Boedigheimer, left, and Ruby Hunter are sisters who until a year ago did not know the other existed. Both were adopted as babies in China, dropped with no information except for their birth dates. Ruby is 14 months older than Leah.

Two 20-something women have matching tattoos using the Latin words attributed to Julius Caesar: "Veni, vidi, vici," which translates to "I came, I saw, I conquered."

It seems a fitting phrase for these driven women who came from humble beginnings and are or have marched their way through advanced college degrees in highly analytical fields.

But they live 1,400 miles apart and, until this past July, had never met. They hadn't even known of the other's existence until luck - and genetic technology - intervened last winter.

The tattoo discovery is just one of many similarities Leah Boedigheime...