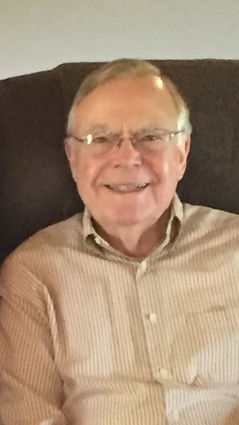 Jerry grew up in Cloquet, where he excelled at track and field and played for several fastpitch softball teams. He served in the Minnesota Air National Guard in Duluth and was stationed at Hulman Field in Terre Haute, Indiana during the Berlin crisis.

Jerry was a skilled draftsman and worked at Conwed Corporation in Cloquet during high school and went full-time following graduation, eventually becoming an engineer in the research and development department. In 1964 he began working with the Mereen-Johnson machinery company in Minneapolis as a draftsman and machine designer, eventually becoming the vice president. In 1987, he joined Progressive Systems in Medina, where he was a vice president. He worked until February 2020 and still loved going to work every day.

Jerry was a devoted and loving husband, father, and grandfather, who was deeply passionate about his Catholic faith. Jerry loved big family dinners, his grandkids' sports and events, restoring old sports cars, motorsports,

Gophers sports, and playing the harmonica.

He was preceded in death by his parents; sister, Patricia; and beloved wife of 51 years, MaryJane.