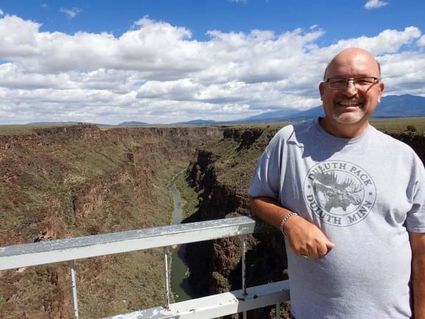 Jeff Walther's family said his love of nature, and especially the country's national parks, was boundless. Walther died this week after a monthlong fight against the Covid-19 virus. He was 58.

When Jeff Walther was transferred to the intensive care unit at Essentia-St. Mary's Hospital in Duluth, he was greeted by nurse Amanda Valentine. She would spend 16 hours with him that day as the pastor at Esko's St. Matthews Lutheran Church struggled with the effects of acquiring the Covid-19 virus.

"When I say it was an absolute joy caring for him that day, it was," Valentine wrote to the family. "He was so nice, pleasant, and funny, and he made my double go by so quickly."

Valentine had heard the news Sunday that Walther had died after a month battling the virus that has changed lives far and, now, far too near for those who knew and loved Pastor Jeff.

"I cannot imagine the pain you are feeling," Valentine wrote. "I am so sorry that Covid claimed the life of a wonderful man. Your family will remain in my thoughts and prayers. I consider myself lucky and honored that I got to be his nurse that day."

That Walther made such an impression on a nurse's only shift with him is indicative of the man he was, said his daughter, Hannah Kovac. As she grieved this week, she said two things stand out in remembering her dad. "His smile and his laugh," she said. "He was just so goofy."

Through achingly beautiful messages on social media, Hannah had been keeping family, friends and parishioners updated on her father's condition since he first had symptoms in late September.

The past month was all a "rollercoaster," she said of feeling hopeful one day that he might recover and crushed the next when he had setbacks. Added to that was the inability to be with him in his time of need due to protocols to avoid the spread of the virus.

She is buoyed by the words her father spoke before he was unable to. "Keep praying, keep the faith," Hannah said.

Jeff Walther had been the pastor at St. Matthews for 20 years. When the Covid crisis hit in March and churches could not host in-person services, he and fellow pastor Tim Brinkley improvised, offering a parking lot service where people could come to the church and listen to a service on the radio. Walther, like church leaders across the county, was struggling to connect with the congregation.

He remained hopeful as Covid continued to cause wave after wave of worry.

"Minnesotans have a spirit," he said in March. "Everything is different, but we're finding out how we can connect." He said he was sure "we can get through this."

When Walther got sick, Hannah was amazed at the outpouring from the community. They proved what her father always knew about Esko and the congregation, she said. "People have just been incredible."

When her dad died, she offered one more message to the community.

"Today, Dad went to be with the Lord," she wrote. "We surrounded Dad with love, songs and prayers as he passed away peacefully. Dad will have no more suffering - no more fear. Today, it feels like a loss, but we know it's not. Dad wins. God wins."

Jeff met his wife, Christina, while they were serving in the ministry at Grand Teton National Park in Wyoming. The family was able to return there this summer, Hannah said. Jeff had been called to the ministry since his childhood, she said. He grew up in Wadena in central Minnesota and attended Concordia College in St. Paul. Then he went to seminary. For six summers he joined A Christian Ministry, a student-led ministry, at parks across the country. It was the last summer, at Teton, when he met Christina.

She and their son Alex also had the Covid-19 virus but have recovered. "It's hard," Hannah said. "They made it and Dad didn't."

"I know that God was working through Jeff during his illness," Christina wrote. She has played a large role in the church life at St. Matthews as the youth coordinator and choir and band director. "Look at how many people have been praying and growing close to each other and God during the past month. This is what our world needs. Our prayers have not been for nothing. God has a plan and Jeff is a part of it. I already miss Jeff's laugh, his goofiness and his joy for life. Things will be different that is for sure. I am extremely sad and the tears are flowing. I will always love him and I guess our next adventure will be in heaven. As always, God's got this."

Alex also had a message. "I love you Dad. You have taught me so many things throughout my life. Never once did I expect to say 'see ya later' this early on in life. However, I will certainly see you later, someday. I will keep praying about you and text you every day."

Hannah said her father's parenting was part of what people in the congregation saw. "He got on your level," she said. "He heard you. He really listened."

"He gave with his whole being," she said. She said he was fired up to go to work every day, to serve his church and God. "He had a true passion."

The church will once again improvise when it comes to services for Jeff. A drive-through visitation is planned for 3-6 p.m. today. On Saturday, an 11 a.m. service will be streamed on the church Facebook page. Those who want to come to the church can park and tune in to 99.5 to hear the service.

Despite the distance the family was forced to give Jeff as he battled, they were able to be with him when he passed on Sunday. That was a "blessing," Hannah said. "It was incredible." It remains surreal that she won't see that smile or hear that laugh again. Her grief remains tempered by the faith he had in God and the faith he instilled in her.

Hannah Kovic had a message this week for the community that supported her family the past month as Pastor Jeff Walther struggled and eventually succumbed to the Covid-19 virus.

"We don't even have the words to express how thankful we are for everyone. The continuous love, support and prayers that we receive each day is nothing short of amazing. We are absolutely humbled to hear the way that my dad impacted so many people In such a unique way. It always amazes me how much a small town comes together when a family needs it the most, and to be on the receiving end of it leaves me absolutely speechless. 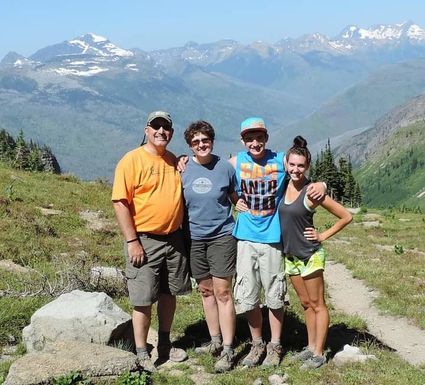 "Not only did dad love Esko, but he was beyond honored to serve the amazing church family and congregation of St. Matthews. I always wondered how Dad was able to stay so calm in stressful situations, but now I get it. It's because God was working through him and giving him the strength and direction he needed and now God is working through us.

"God has the most thought-out and intricate plans laid out for us - even if we can't see it or understand it now. God saw that dad was tired, and gave him rest.

"May we always remember his smile and his laugh. My dad was always just a phone call away - and although Dad's line might not be open, God's line is always open."

An obituary for Jeff Walther appears on Page 8.