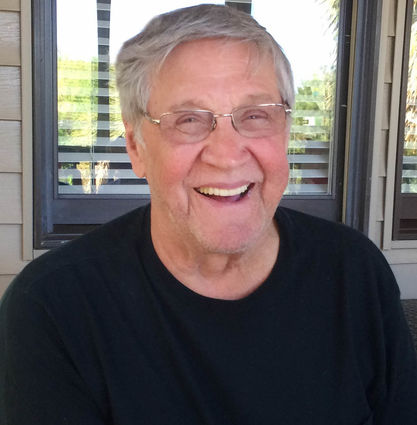 He was born Aug. 13, 1935, in Cloquet, where he grew up just blocks from the love of his life, Jean Mattinen, whom he would later marry. A football and track athlete at Cloquet High School, he graduated in 1953 and enlisted in the U.S. Army, serving his country proudly at several stateside bases, including Alaska. After his military service, he moved to California, where he worked in airline manufacturing before learning the trade of carpet installation, a career that led him to move across the country with his family in the mid-1970s to the emerging growth area of Northern Virginia. He loved sports of every kind, along with woodworking, country and gospel music, reading newspapers, and annual trips to Las Vegas. He was a devoted family man who will be missed dearly every single day.

He is survived by his beloved wife of 58 years, Jean Kujawa; a daughter, Dawn Kujawa (Perry Baker); a brother, Leonard Kujawa (Maria); grandchildren, Clare Baker, and Maddie, Caroline, Christopher and Luke Kujawa; and several sisters- and brothers-in-law, nieces and nephews. He was predeceased by his son, Scott Kujawa; his parents, Stanley and Bernice Kujawa; sisters Mary Ann Pasko and Delores Payne; and his in-laws, Roy and Syliva Mattinen.

Services: A funeral mass will be held at 11 a.m. Nov. 6 at St. Francis of Assisi Catholic Church in Triangle, Virginia, with interment at Quantico National Cemetery. In lieu of flowers, the family asks that donations be made to charities close to his heart, St. Jude Children's Research Hospital or the Wounded Warrior Project. Arrangements made by Miller Funeral Home & Crematory of Woodbridge, Virginia.