County Seat Theater will take to the internet 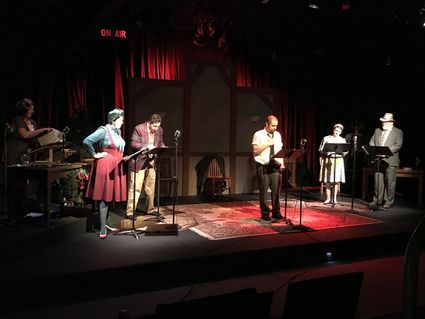 Cast members of "A Christmas Carol: A Live Radio Play" by County Seat Theater hold a dress rehearsal with a few audience members on the last night any audience members were allowed, Nov. 20. The performance will now be placed on-demand online, as a result of the state shutdown order that runs through Dec. 18. Book a viewing at countyseattheater.com

While last week's shutdown order put an end to any live theater performances until Dec. 19, Cloquet's County Seat Theater was ready for it.

They had selected a show that they could livestream or offer as an on-demand video performance, just in case. They had paid the extra royalties to do that. They chose a version of the show that required fewer actors, and provided for social distancing.

But they still rehearsed and planned to perform in person, in front of an audience, with opening night set for Dec. 3.

"It wasn't as exhausting as the first time (the state shut down all theaters...