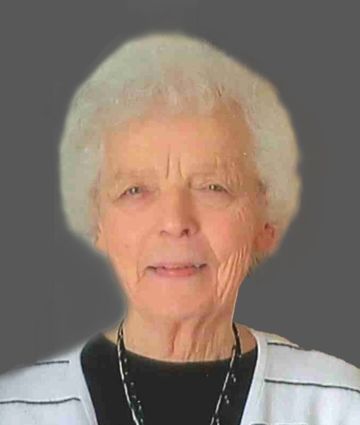 Ilene L. Johnson was born on May 5, 1932, in Alexandria to Arthur and Rose (Engebretson) Johnson. She grew up in Alexandria and graduated from Alexandria High School. Ilene worked for a year at a local café before moving to Bemidji to attend Bemidji State University. While there, she met Roland Bromberg. They both graduated with degrees in education and were married.

Ilene took much pride in caring for their home and children. The house was always clean, just in case someone would stop by. She was a continually active part of the community. Ilene was an art teacher at Time for Tots, enjoyed the bridge clubs she attended each week, was an election judge each year, part of the Friday Club in Duluth, and an active member of Zion Lutheran Church.

She was also a physically fit person, great at basketball, and an excellent cook and baker. There was no shortage of things she would do in a week.

After Roland retired, they spent part of their winters in Arizona. They were a part of the “Midwesterners” who would stay at a block of rooms at the Mesa Days Inn.

Among other qualities, Ilene was a Christian, a strong woman, and an incredibly kind person.

She loved those around her, especially her grandkids. Ilene was kind enough to care for both of Roland’s parents in their old age.

Anyone who met Ilene liked her. When they moved to Benedictine Living Community in Northfield last January, it was incredibly clear to those around them that Ilene was going to a be a big part of that community. She was, and will be missed.

Ilene is survived by her husband of 65 years, Roland; children, Patty (Mark) Shaw of Northfield, Jane Wichmann of Sioux Falls, South Dakota, and Mike of Richfield; five grandchildren and five great-grandchildren; and siblings Rosie Stoeck of Alexandria and Jim (Judy) Johnson of Alexandria.

She was preceded in death by her parents, and brother Arthur Johnson.

In lieu of flowers, memorials are preferred to the Cloquet Education Foundation, 302 14th St., Cloquet MN 55720.

No services are being scheduled at this time due to Covid-19. A memorial service will be scheduled in Cloquet at a later date. Arrangements are with Bierman Funeral Home and Crematory of Northfield. http://www.biermanfuneralhome.com