Jurek, marked by war, had a lifetime of service 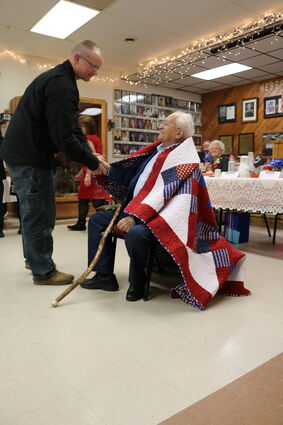 Cloquet resident Anthony "Tony" Jurek, 88, died Dec. 31, 70 years and one month after he was captured during the Korean War. The Army veteran and Kettle River native spent nearly three years as a prisoner of war. A career firefighter who also owned Jurek Siding, he was an active and engaged community member, and was involved in everything from the Cloquet Hockey Association to the Knights of Columbus and nearly every veterans organization in the area.

He was only 17 when he enlisted in the Army and 18 when he was deployed to Korea in 1950. He was assigned to drive an M4 tank in the 2nd Combat Engineer Battalion. Jurek was one of 331 of the 787 battalion soldiers in his unit who were captured by the Chinese during the battle of Kunu-ri on Dec. 1, 1950, five months after the surprise North Korea attack on South Korea that started the war.

Only 117 of his battalion mates survived a 33-month-long imprisonment. Two of the survivors hailed from Carlton County: Jurek and his friend, Jim Arntson. The two men discovered each other at the first camp they were taken to as POWs.

Former Hebert-Kennedy VFW Post commander and current Eighth District VFW POW/MIA chair Richard Chasse said Jurek shared many stories about being a POW. Chasse also served in Korea, a few years later than Jurek, and visited some of the places Jurek had been.

He said Jurek told him how they would put the prisoners they thought were dead in a pile of other bodies, and Jurek was carrying a prisoner there when he realized the man wasn't dead.

Jurek said he weighed around 140 pounds when he was captured, and got down to about 70-75 pounds during his time in the different POW camps. They got very little food, and most of them - including Jurek - had worms. Prisoners were allowed to write letters but couldn't receive any.

Many people knew Tony Jurek's story. He enjoyed visiting schools and sharing his experiences with students.

"I remember him showing my grandson some letters he'd written," Chasse said, talking about letters to Jurek's parents and sister Margaret. "It was just one sheet of paper that he had to fold a certain way so the guards could read them and then send them on."

Chasse said Jurek told him he was glad they were captured by the Chinese, who liked Americans a lot better than the North Koreans did after World War II. But neither country treated its prisoners according to the Geneva Convention, and many died in the camps. Of the official count of 7,140 American POWs captured during the Korean War, 2,701 died.

Jurek was released a month after an armistice was signed on July 27, 1953. He and Arntson were welcomed back to Carlton County with a big parade and both received a key to the city of Cloquet and lifetime memberships to the VFW and American Legion organizations here. Arntson passed away in 2015. 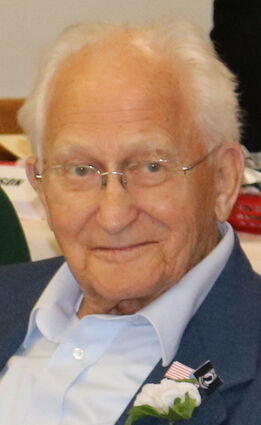 The parade is recalled on the vfw3979.org website: "As the parade formed on Cloquet Avenue near 14th Street, jet fighter planes of the Duluth's Air Force Interceptor Squadron (one of which was a late model F-86 Sabrejet) roared overhead in an aerial salute to the two Korean War veterans. A crowd estimated at 4,000 people lined both sides of Cloquet Avenue as the parade went by."

Jurek served as the POW chair for VFW Post 3979 and for the Eighth District VFW. He was also the chaplain and a past commander of the Cloquet post and served in the Cloquet Combined Honor Guard until just a few years ago, when his health started to fail.

"I'm gonna miss him," Chasse said. "He had a great outlook on life - if someone was talking bad about a person, Tony would let them know the good side. He wasn't bitter. He was very thankful that he survived (being a POW) and that the experience was behind him."