Arrest made at Line 3 pipeline site 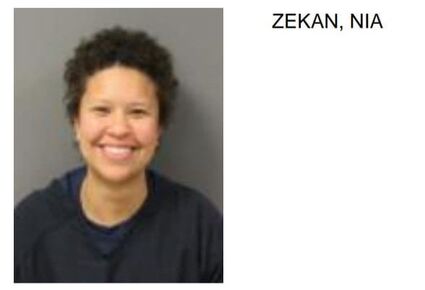 Water protector Nia Zekan climbed into a pipe trench along the Line 3 pipeline easement on the Fond du Lac reservation Monday morning, shutting down work for approximately four hours. Zekan halted construction at this Enbridge worksite while "dozens more people stood around in support of Nia and resistance to Line 3," according to a press release from the Line 3 Media Collective.

"I want to protect this beautiful land and all its wisdom. I want to stand with the people who have been learning from and living with this land for thousands of years," Zekan said. "Getting into the trench was my love in action."

The site was next to Camp Migizi, a recently opened space for water protectors. Native American opponents of the pipeline say numerous sacred and cultural sites lie in the path of the pipeline corridor, and that the pipeline carrying tar sands from Canada will "put hundreds of bodies of water at risk as well as the lives and cultures of many."

Enbridge says the $2.6 billion replacement will provide a safer way to transport oil.

After six years of trying to get approval for the new pipeline in Minnesota, Enbridge got all permits it needed to begin construction in late November.