Ice racers take to the river 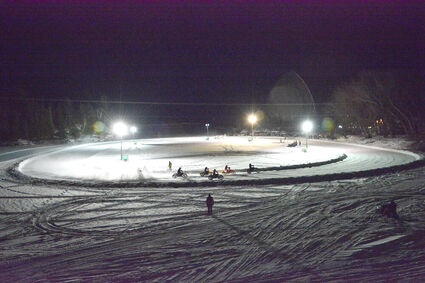 It's always hit and miss when it comes to hosting motorcycle ice racing on the St. Louis River in Scanlon. But the mid-February cold snap allowed Jeff Berg to rally racers online for an event last Saturday, Feb. 20, near the River Inn. 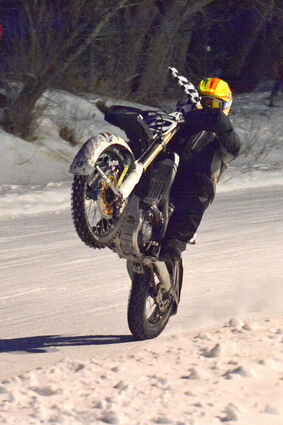 Berg has had three river runs since 2013. It all depends on the weather, he said, especially when it comes to the river. It's a chance for Berg to show off his Iceberg Tires products based out of Superior, where regular ice races take place as part of the Midwest Ice Racing Association circuit on the bay inside the Superior harbor entry from Lake Superior.

It was important to get the river race in this year to support the River Inn, Berg said, which, like many hospitality businesses, has suffered the past year under pandemic precautions. Berg said he was impressed with a crowd he estimated at 500 people for the night racing.