Law enforcement are still seeking those who planted false devices 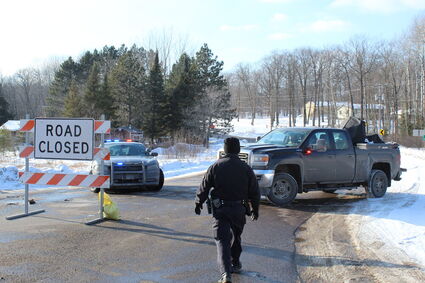 A total of 40 residences near Ditchbank Road were evacuated Friday because of fears that one or more explosive devices had been placed in the Line 3 pipeline currently under construction in Carlton County.

According to a press release from the Carlton County Sheriff's Office, Fond du Lac police responded to protest activity blocking Ditchbank Road just before noon Friday. As people were dispersing from the area at 12:40 p.m., witnesses on the construction site saw three people who had walked onto the pipeline right of way property throw something into the pipe.

Carlton County sheriff Kelly Lake said a couple different "electronic type" devices in the pipe were beeping, 30 to 40 feet from the open end.

"When we receive a call of this nature we immediately assess," Lake said. "We certainly don't take the decision lightly to evacuate people from their homes, but with this information we need to act with an abundance of caution as though the device is an explosive."

A public safety alert went out to cell phones across three counties at 2:09 p.m. Friday, Feb. 19, alerting people to avoid the area.

Willow Councillor was the first person to arrive at the Perch Lake Fire Hall when the evacuations began. A police officer brought her and her two children, Westyn, 6, and Mayvis, 1, to the temporary shelter around 2:15 p.m.

"I didn't know it was true until a cop came to the door and told me there was a bomb," she said, adding that she was trying to keep her cool for the kids while everything was unfolding. "I kind of had a feeling that someone was gonna get crazy and be dumb. There's protests in the Cities, why not here?"

Councillor said the police officer told her the bomb squad wasn't going to be there for at least an hour and a half, so she she had to wait with her children at the fire hall as other evacuees arrived.

West of the firehall, two police vehicles blocked the entrance to Ditchbank Road to everyone except residents, but the scene was largely peaceful. Another half-mile up Big Lake Road, more police cars blocked the entrance to Magney Road, where Camp Miigizi - home base for activists opposing the pipeline replacement - is located. Previously, all the protests had been peaceful, although a number of people have been arrested for trespassing, among other charges.

The Fond du Lac Reservation Business Committee condemned the action by the unknown persons, adding that they will take appropriate legal action when the perpetrators are found.

"Although we as FDL people have a long tradition of extending hospitality to respectful visitors, family and friends, last week's incident was a betrayal of our openness and and forced us to remind FDL Band members and non-members alike, that FDL leadership will not tolerate violence or threats of violence within our community," said FDL Chairman Kevin Dupuis Sr.

The press release noted that the Band's decision to enter into its agreement with Enbridge to allow the pipeline to cross tribal lands was made after extensive consideration. In addition to an undisclosed financial agreement, Enbridge also agreed to remove the old pipeline from Fond du Lac lands and train and hire tribal members to work on the project.

Dupuis asked that people respect the Band's sovereignty and added that the band has a responsibility to promote public safety and public health.

"In order to uphold that responsibility, the RBC has a simple message to outside protestors instigating violence and violating Band law: Leave now. You are not welcome here."

At 5:16 p.m. Friday, a final public safety alert blared out - echoing from every individual cell phone through the Cloquet Aldi store - letting Carlton County residents know it was safe. 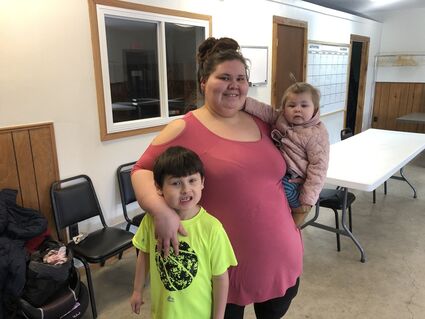 Willow Councillor was the first person to arrive at the Perch Lake Fire Hall when the evacuations began with her children, Westyn, 6, and Mayvis, 1.

Lake said the case is still actively under investigation and Carlton County Sheriff's Office, Fond du Lac Police, the Minnesota Bureau of Criminal Apprehension, and the Federal Bureau of Investigation are coordinating efforts and following up on tips and information from evidence gathered at the scene.

State and federal laws address the placement of replica devices to cause fear or panic. "We will push for the maximum charging and penalties for everyone involved in these types of crimes," Lake said, adding that the incident "caused a lot of fear in the communities and resulted in people being evacuated from their homes, some with small children, the elderly, and some with existing medical and mobility issues."

Anyone with information is encouraged to call CrimeStoppers at 1-800-222-TIPS (8477). Tips may be submitted electronically at http://www.CrimeStoppersMN.org. All Tips are anonymous and persons providing information leading to an arrest and conviction may be eligible for a financial reward.

The FDL Band is also investigating violations of the Band's land use ordinance and Covid-19 orders.