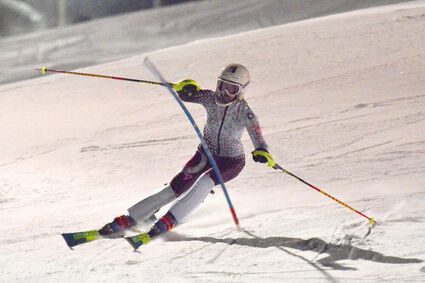 The Cloquet-Esko-Carlton alpine ski team wrapped up its regular season last week, and competed in the Section 7 Championships Tuesday, March 2 at Giants Ridge in Biwabik.

For the girls team, freshman Madysen Waters was the top performer, taking 10th place in the Section 7 meet while Elle Rigas finished in 39th place and Emily Regas took 56th.

"Madysen had a fantastic day, finishing in 10th, just three places out of qualifying for state," head coach Ryan Zimny said, adding that the girls' usual top skier, Emily Regas, straddled a gate and was disqualified.

"The challenges are that in a fast, technical sport like alpine, you don't really have the ability to recover from a mistake," Zimny said, explaining that results are based on the combined time of two runs. "In a sport separated by split seconds, a mistake that causes a fall or missing a gate means getting pushed to the back of the results."

In a season that came with challenges due to Covid, Zimny said he was really proud of his skiers. "I was really impressed by the improvement all of the skiers made this year," Zimny said. "But the most improved award definitely goes to seventh-grader Aiden True."

True progressed in one season what often takes others several years, Zimny said. 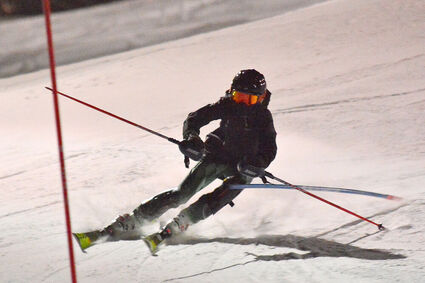 As a team, the Lumberjacks competed in their final regular season race February 24. It was an usual year because of Covid, with all of the meets held at Mont du Lac with small fields compared to previous years, Zimny said.

It was also a smaller team, with only nine skiers.

"We had six boys and three girls this year," Zimny said. "I would encourage anyone thinking of coming out for the team next year to do it. We welcome racers of all ability levels on our team and we have a lot of fun out on the hill."

On the bright side and despite a late start to the season, the 'Jacks were able to have about the same number of races as normal.

This year's section meet was split into two halves, with each half sending the top team and top five individuals to the state meet, which is set for Wednesday, March 10, at Giants Ridge again.