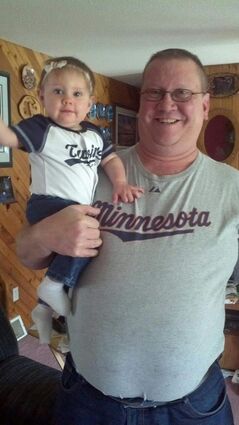 Scott graduated from Cloquet High School and worked at Potlatch and Sappi forever. He was a member of the Potlatch Quarter Century Club, Fraternal Order of Eagles Aerie 1163, and had retired from the Scanlon Volunteer Fire Department. Scott was an avid Vikings fan and enjoyed hunting, ice fishing, motorcycling, and especially laughing with his friends. He was truly larger than life, giving everyone he knew (or didn't know) a hard time - but always with a heart of gold.

Scott was preceded in death by his father. He is survived by his daughter, Hailee; granddaughter, Teagyn; his mother, Patricia; sisters, Sharry, Sue (Glen) and Mary Kay; and nieces and nephews, Nolan, Marcus, Ashley (Josh), Thomas, Lindsey (Scott) and Emily.

A Celebration of Life for Scott was scheduled for 4-6 p.m. Thursday, March 25 at Nelson Funeral Care in Cloquet.