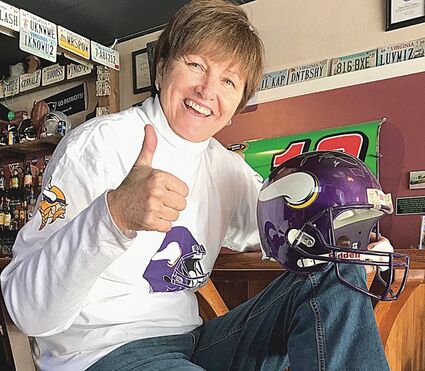 Wendy Hudler is one of few Carlton County high school graduates who have played Division 1 college golf and professional golf.

Hudler grew up on Chestnut Street just above Pinehurst Park in Cloquet. Her family's home was adjacent to an open lot where kids could play outside year-round. Jim Tomhave was a neighborhood buddy. She had older brothers and a sister as well. Occasionally, her brothers used to pack her up with pillows and a face mask when they needed a goalie for their shinny hockey games at Pinehurst.

As a girl, Wendy played golf in the adjacent yard and for longer shots moved across the street to the challenging graveyard holes. Her mom thought that they were making too many divots, and her parents bought her a junior membership at the Cloquet Country Club. Her first clubs were hand-me-downs from her sister, purchased with S&H Green Stamps. Rick McClelland, the Cloquet pro at the time, held drills and games for the young golfers, which piqued Wendy's interest.

In high school in the late 1970s, Wendy played volleyball (they had some good teams), basketball (going to state her senior year) and golf when she wasn't busy studying. Hudler was tall, even as a sophomore, and that was advantageous for these sports.

Hudler went to Ev Stuart at Duluth's Northland Country Club in the spring of her senior year for some personal instruction. There were very few high school meets, but she took a couple of seconds and one first. She practiced with the boys at Cloquet Country Club.

In contemplating college, Hudler thought she'd like to continue playing competitive sports, especially golf. She was 6-foot-1, and her dad wanted her to keep playing basketball. Hudler found a magazine listing where Division 1 college scholarships might be available to women. She wrote to colleges in Arizona, Hawaii, California and New Mexico. She was also contacted by St. Cloud and Mankato about basketball.

She heard back from the golf coach at the University of Hawaii. As he requested, Hudler sent scorecards, newspaper clippings, and videotape of her golf swing and record. The Hawaii coach thought - with her success with such an abbreviated season in Minnesota - he saw great potential in the Cloquet athlete and offered her a full college scholarship.

Hudler says she remembers being 18 and saying goodbye to her parents at the Duluth airport like it was yesterday. Hawaii had been a state for only 20 years, and she was flying to Honolulu. She cried and had to grow up fast as a person, she said.In those days, Hawaii had dorms specifically for athletes. For some reason, she didn't get a room with the other athletes. It was a blessing, she said. The campus was a tremendous melting pot with her learning other languages and about culture from her roommate and other dorm residents.

The first year, her golf coach seemed preoccupied with other things and never much helped her or her teammates. Her sophomore year, the college hired Jackie Pung as coach. What a thrill that proved to be, Hudler said.

Pung was a former Hawaii and U.S. Amateur champion. Pung infamously lost the women's U.S. Open with a scoring gaffe. The total on her card was correct, but on one hole she had marked a 5 versus 6. Her one-stroke win was for naught.

Hudler said Pung was a motivator who inspired players to attend and learn in practice and become better. Pung paid special attention to the mental side, Hudler said.

Playing in the PAC-10 Conference, Wendy had a chance to compete against Stanford, UCLA, Arizona, Oregon and play famous courses including Pebble Beach, Spyglass and Cypress Point. Another amazing benefit of being on the Hawaii golf team was that players had free access to the military golf courses on the islands.

Her largest expense was travel back to Minnesota. Hudler would come home and work at golf courses in the summers in Hayward, where her parents had a cabin, and Edina.

Hudler received a degree in human development but wanted to continue her career as a player and in the golf course management field. With recommendations from her golf professional colleagues, Hudler was offered jobs in Florida and Arizona. She accepted a job at the Boulders Resort in Scottsdale.

Hudler drove a little car with no air conditioning and a head bolt heater cord hanging out of the front grill from Minnesota to Arizona. Arizonans thought it was some sort of electric car. Boulders was a new resort where customers came from across the country for individual and group golf lessons. Hudler spent several years in Scottsdale and then transferred to a smaller course on the Pacific Coast in California. She wanted to take a crack at being her own boss for a while. She said Morro Bay Golf Course was beautiful and was referred to as the "poor man's Pebble Beach."

Hudler tried the LPGA mini tour, but enjoyed teaching more. She'd often lose sleep trying to think of alternative methods of improving the skills of some of her students. She even tried 3-D glasses. Hudler has been recognized by golfing magazines as one of the top 50 women's coaches in the country.

After working in California, Hudler came back to the Phoenix area to work as a golf professional. There she joined a women's semi-pro hockey team with shin guards, facemasks, elbow and shoulder pads, the whole works. "It would be over 100 degrees outside and we'd be inside shooting slap shots. ... It brought me back to the days at Pinehurst," Hudler said.

But she wasn't ready to settle down yet. About 10 years ago, Wendy was in the state of Virginia visiting her spouse's family. 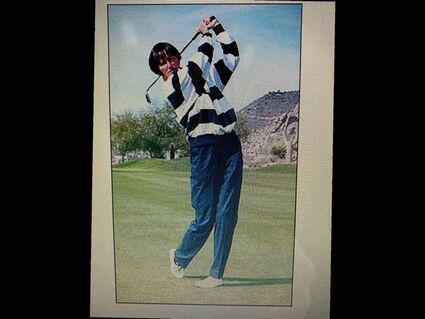 "Compared to Arizona, it was so green, with rivers and trees, and just beautiful," Hudler said. After being in Arizona for 25 years, the couple decided to move to the rural Virginia community. In 2008, they bought and restored an old railroad building and converted it into a pub and restaurant called Jack Mason's Tavern.

They were surprised by the support from the community in Clifton Forge. "We were just slammed with customers. We had to order food every day for a week to try and get a handle on it," Hudler said. She still conducts golf lessons, but the tavern consumes most of her time.

A few years back, a food distributor told them they should build a brewery upstairs. In time, they researched it, found a brewmaster, and built a microbrewery.

For all that business, this is Sam Snead golf country - with Greenbrier championship courses 30 minutes away. Golf still beckons.